ILO tells EU “get out of austerity trap” or lose 4.5 million jobs 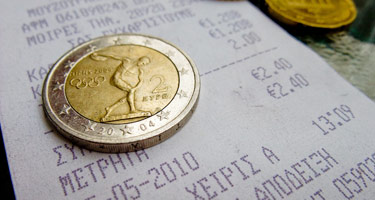 The International Labour Organisation has warned that austerity policies will cost the EU 4.5 million jobs unless it moves away from current policies.

In a stark warning the ILO says that unemployment in the EU will rise to to 22 million.

What is needed is a concerted policy shift away from austerity towards job creation and growth.

“It’s not only the eurozone that’s in trouble, the entire global economy is at risk of contagion,” it said.

The report said that all seventeen Eurozone countries would suffer, and the austerity policies would effect the healthier EU countries.

“Unless targeted measures are taken to increase real economy investments, the economic crisis will deepen and the employment recovery will never take off,” said ILO director-general Juan Somavia.

The report added that the consequences of a longer period of austerity would be particularly severe for young people.“If their expectations don’t come true, worker retention may become unsustainable, leading to significant jobs losses,” it warned.

The unemployment rate in the eurozone hit 11.1% in May, according to official figures from Eurostat. It took the total number of people out of work to 17.56 million, the highest level since records began in 1995.

In Spain, which has the highest unemployment rate in the eurozone, one in four people is now out of work .

Youth unemployment rate in the eurozone stood at 22.6% in May, with 3.4 million people under the age of 25 were jobless.