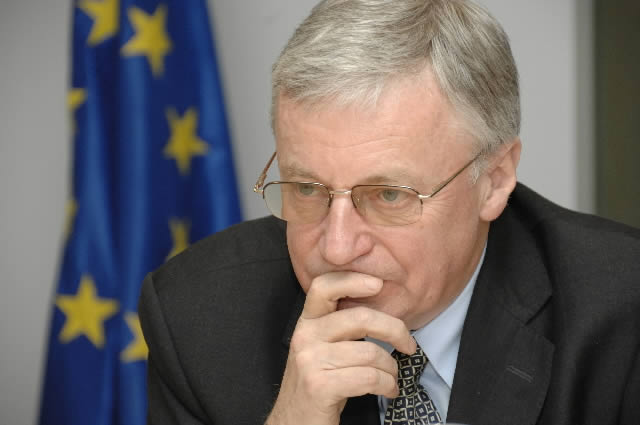 John Monks the ETUC General Secretary in outlining the ETUC’s opposition the EU so-called ‘Competitiveness Pact’  has warned that attacking collective bargaining will not help re-balance and re-launch the EU economy. “The rules of the single currency have been seriously threatened not least by a decade-long strategy of stagnant wage development and more precarious work. To rebalance the Euro area, this strategy should now be reworked by introducing minimum wage floors, by respecting the principle of ‘equal pay for equal work, and tackling the problems caused by collapsing financial markets by new initiatives in those markets, not labour markets ”, he said.

“Attacking collective bargaining is a dead end for Europe. It is an illusion to think that the single currency can be saved by repeating the same type of policies that contributed to the Euro Area being in this mess in the first place. The ‘Competitiveness Pact’ that is proposed will increase inequalities and unbalance the Euro Area even more.”

The ETUC has warned that the Euro Area heads of state are heading in the wrong direction when discussing a ‘Wage Competitiveness Pact’ at their informal summit.

Instead, the European Trade Union Confederation is urging that there is a fundamental change of course and instead develop a ‘Pact for Fairness and More Equality’.

The ‘Competitiveness Pact’ is about exporting the model of zero wage increases which the Euro Area’s core has been following over the last decade, this time to the entire Eurozone. The Pact, with its strict unit labour cost comparison, will force member states to enter into a competitive downward spiral of undercutting each others’ wages and working conditions. This risks pushing the economy further towards deflation and depression. Meanwhile, profits, bonuses and dividends are soaring including among many of those whose actions were at the origin of the crisis.

The ETUC is calling for: Mobilising new sources of finance by introducing a financial transaction tax as called for by the European Parliament, tackling tax havens and tax competition in the internal market.

Eurobonds to signal to financial markets that Europe is determined to see crises through together.

A major investment programme amounting to 1% of European GDP to tackle unemployment, especially youth unemployment, to upgrade industrial structures and infrastructure and to provide countries in distress with the possibility of reviving their economies so that they can grow out of debt.

Squeezing the low pay sector out of the economy by setting minimum wage floors under which wages cannot fall, while at the same time promoting institutions to extend the coverage of collective bargaining.

2 Responses to ETUC – Attacking collective bargaining is a dead end.