By failing to stand with working people, Labour is taking an electorally risky stance 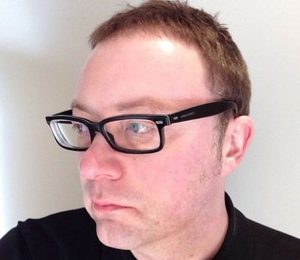 Keir Starmer’s backtracking on nationalisation looks like an excess of caution, when he should be boldly reaping the benefits of Tory disarray.

Last week was a watershed for Keir Starmer’s Labour, laying bare the limitations of Labour’s project as it stands. The party aimed to start the week with a set-piece speech on economic growth. Instead, it succeeded in turning it into rows with itself – over dropping public ownership of the big utilities, its stance on the wages crisis and its handling of strikes.

The sacking of the shadow transport minister, Sam Tarry, symbolised many of these difficulties. The leader’s office says it had no choice, after an unauthorised media round, breaking collective responsibility. But it was also reported that he was sacked for saying that it was “not acceptable to offer below inflation pay rises” because it would be a real-terms wages cut for workers.

It’s a raw nerve: cost of living pressures are ripping through British society, with the biggest collapse in living standards for decades. UK real pay levels look set to slump by 6% in the next two years, the worst fall in the G7. Millions are being forced to accept worse pay and working conditions. Measures such as fire and rehire and legalising agency work for strike-breaking hang over them. Consequently, trade unions are being placed in the centre of the argument.

In the midst of this, the Labour leadership’s problem is that it gives every impression of being more obsessed with differentiating itself from the previous leader than it is with the millions of people getting hit through their pay and energy bills.

Starmer gave clear commitments when he stood for leader in favour of public ownership. Binning those policies last Monday caused anger across the party and further strained Labour’s relationship with the unions. But it’s also about the process – dripped out in response to media questions. The Labour leader tried to clarify that he had not in fact changed Labour’s position on public ownership for the railways, though his clarification itself left many confused. An excess of caution leaves big issues unresolved, lying around like unexploded ordnance, only to go off at the wrong time. As a portent of how Labour would govern, it suggests an administration prone to be buffeted about by events.

The stated reason for Starmer’s broken commitment to public ownership – the pandemic has changed things – is wrong. Covid has actually strengthened the case for changes in ownership. The rail franchising system collapsed during lockdown and millions of pounds went straight into profits for the private rail companies.

Likewise, the public is living in dread over energy bills. Public ownership of the energy companies would place Labour on the side of those who are struggling badly. On the day Labour ditched the policy, the Trades Union Congress published a detailed report on how to make it happen.

We are asked to believe that Labour’s position on the utilities is pragmatic, not ideological. But if the outcome in almost every case is the maintenance of the failing status quo, the ideology is inescapable.

In truth, the Labour leader’s office does not seem to have a theory to fully explain the present situation in Britain, one that then aims to use all the policy levers to tackle the consequences of it. As one experienced Labour campaigner described it to me, “their mindset is benevolent managerialism”. Labour’s detachment is why it struggles to tell a persuasive story about what is happening to people and, therefore, “why Labour?”.

Ferocious infighting in the Tory party is tearing great holes in its credibility. Liz Truss and Rishi Sunak are definitely beatable, though it is far from a foregone conclusion. Labour cannot afford to waste the moment. By failing to stand with working people trying to defend their living standards, Labour is in danger of walling itself off from them. It is electorally dangerous.

With the Tories in meltdown, Labour can afford to shed some of its timidity and launch a stronger case that connects to the cost of living crisis – and it should.

First published on The Observer website on July 30th and republished with permission of the author.

This entry was posted in Blogs, Employment Rights, Labour Party. Bookmark the permalink.