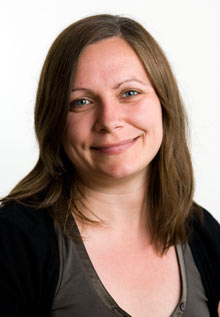 By Nicola Smith, Head of Economics at the TUC

With the economy flatlining, the chancellor can do what he should have done two years ago and prioritise economic growth. In the immediate term, this means boosting the capital budgets – which have the highest multipliers of all government spending – to support new communications, transport and energy infrastructure, rather than continuing to cut them back. With spending in this area already down by more than £20bn since 2010 and with interest rates at record lows now is the time, as the business secretary has suggested, to borrow to invest and secure a stronger recovery.

But we also need to face up to the longer-term challenges we face, among them a chronic lack of credit for businesses, a persistently short-term corporate culture and investment levels which trail our competitors.

Our new business and green investment banks need to be able to raise capital from the markets. We also need a network of new regional development banks. The way government spends £200bn every year on goods and services from the private sector needs a rethink so that it generates greater social and employment benefits for workers in the UK.

Finally, our corporate-governance rules need to incentivise long-term thinking over short-term share price gains. These are just some of the measures the chancellor needs to support if we are to have any chance of winning the global race that we’re currently doing so badly in.

You can really see where George Osborne is heading with this budget. He’s knocking money off beer, he’s talking about home ownership, he’s lowering fuel duty. In short he’s attempting to appeal to what he thinks ordinary people want, which is bound to fail as Osborne – the millionaire son of a baronet who hangs out with old Etonians – has no idea what ordinary people want.

Meanwhile the OBR’s Robert Chote says it has revised down forecasts for UK salaries. That’s what people will feel. Who cares that beer is marginally cheaper if you can’t afford to go to the pub?

Osborne is insulting people if he thinks they won’t grasp the reality of the budget because he’s peppered it with a few tokenistic offerings.

I saw nothing in this budget to address falling wages, a decline in living standards, a rise in poverty, and the loss of so many public services that people rely on (like all the A&E wards that are being closed).

I can’t believe this government doesn’t realise that life is getting harder for most people in this country, as it’s all over the news all the time. I can only conclude that, as long as their extravagant lifestyles continue, they don’t care.