Highly recommended – an event worth going to…

The TUC have announced Robert Reich is to make his only scheduled 2013 UK appearance on Tuesday 21st May at Congress House in London.

Reich is Chancellor’s Professor of Public Policy at the University of California at Berkeley, and former Secretary of Labour in the Bill Clinton administration.

Time magazine named him one of the ten most effective cabinet secretaries of the last century.

He is a best-selling author of thirteen books including ‘Aftershock And The Work of Nations’.

He features in ‘Inequality for All’, a p film about widening US income inequality and winner of the 2013 Sundance Festival Special Jury Award.

At this event, Robert Reich will discuss the key economic challenges we need to address to secure a progressive future. 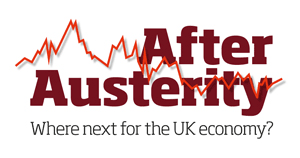 The event will take place from 5.00pm – 7.00 pm at TUC Congress House in central London.