In some welcome news for the labour movement in the USA in Wisconsin’s bitter fight over collective bargaining for public sector workers a judge struck down the Republican-sponsored bill on Thursday – moving the battle to the state Supreme Court. Dane County Circuit Judge Maryann Sumi ruled the Legislature violated the state’s open meetings law in approving the bill championed by Republican Gov. Scott Walker that sparked massive protests and the flight of 14 Democratic senators to Illinois in a futile effort to prevent its passage.

The state Supreme Court is scheduled to decide June 6th whether to hear the case.

As the Wisconsin fight intensifies – with six Republican and three Democratic senators facing recall elections, most likely July 12th – union workers and their allies in Ohio are about halfway toward their goal of collecting more than 450,000 signatures to put a measure on the fall ballot repealing that state’s law sharply curtailing the collective bargaining rights of public employees. 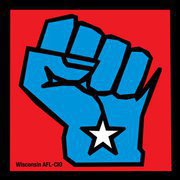 The recall proponents need to gather 231,149 valid signatures by the end of June. They say they have collected 214,399 signatures as of last week.

In Washington, AFL-CIO President Richard Trumka cheered the decision, saying it “underscores the point that when people’s rights are blithely violated, our politics is broken.”

Peter Barca, the Democratic leader of the Wisconsin Assembly, said: “Gov. Walker cost the taxpayers by refusing to respectfully sit across the table from his employees, look them in the eye and take yes for an answer on the benefit concessions they offered.”