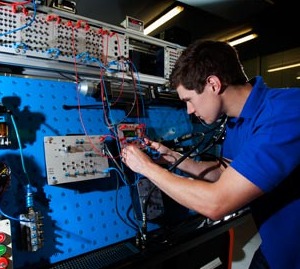 This week is National Apprenticeship Week (March 3rd to 7th), which again provides Unite with an opportunity to promote our union’s policies in regards to skills, training and apprenticeships.

Over the past few months, Unite has been promoting our Made In Britain manufacturing strategy, which includes an important section on skills and apprenticeships and the need for the UK to look to develop a new ‘skills eco system’.

This will provide the quality skilled apprenticeships UK manufacturing is going to need to help the economy recover, improve productivity, bring down the age profile and avoid damaging skills shortages in the future.

Unite has also been working with the Labour Party on promoting a news skills agenda. Labour’s shadow B#business minister Chuka Umunna is promoting the need to revamp the skills structure stating that: “Reforming the skills system and boosting high-quality apprenticeships are key pillars of Labour’s plan. We will build on the last Labour government’s use of public procurement to boost apprenticeships, meaning the money which government spends goes further by requiring that all firms winning major contracts provide new apprenticeships as part of the deal. The cross-party Business, Innovation and Skills select committee has endorsed this approach and suggested that at least one new apprenticeship could be created for each £1 million spent – meaning that a major project such as HS2 could lead to the creation of 33,000 under Labour’s plans”.

Unite has made it clear in Made In Britain that that the future growth of manufacturing sector in the UK will be “predicated on maintaining and improving the education, apprenticeships, skills and training opportunities for the workforce”.

Unite’s have long argued for a ‘German style’ vocational training system where apprentices in skilled sectors get top class training and transportable skills and where schools, employers and unions work towards providing young people with excellent careers opportunities.

One of the problems Unite has been highlighting is the lack of professional careers advice in schools, with young people often pushed into academia rather than a career in manufacturing.

For many young people (and their parents) the image of manufacturing is one of blokes in overalls, working in an ‘oily rag’ environment. That image now belongs to history.

Unite recently promoted a ‘Women Into Science and Engineering’ event in Manchester with Cogent and the TUC; and later this month on March 27 we will be promoting a further event ‘Women Into Engineering And Manufacturing’ jointly with the engineering sector skills council Semta and the TUC.

It is also important to recognise that some companies are doing great work in attracting young people into their businesses to service a skilled apprenticeship.

Recent visits to BMW’s apprenticeship school at Cowley, Rolls Royce’s fantastic facility at Derby and electrical engineering company Brush at Loughborough have proved that some UK companies are leading the way.

What Unite will continue to argue for are skilled apprenticeships to gold standard; an end to poor quality, low-level apprenticeships; apprenticeships for young women with, as a senior engineering director – a woman – said “none of the pink and fluffy stuff”. We want equality of opportunity and support for a specialised careers service to guide young people and parents to look at skilled manufacturing apprenticeships rather than academia.

One thing is interesting – that in speaking to employers and their organisations – there is little difference of opinion between us on these key issues.