Why The EU Must Not Grant China Market Economy Status 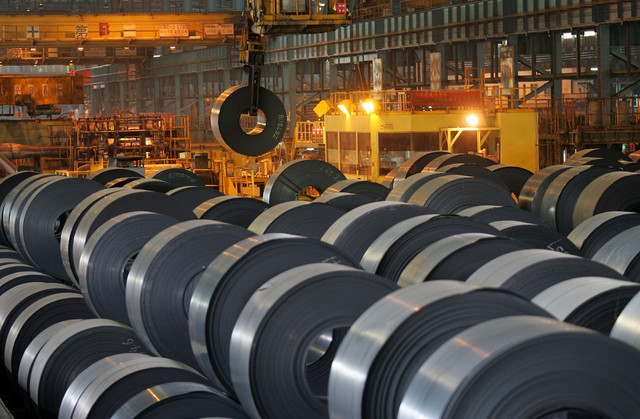 The decision by the European Parliament recently to oppose granting Market Economic Status (MES) to China is very welome. It follows extensive lobbying by Unite and our global union with the US Steelworkers, Workers Uning (read statement) along with the Brtish TUC and the European TUC.

The decision is a blow to China and those governments who support granting China MES — the Tories in the UK so far have been prepared to accept MES for China  as part of their strategy to seemingly give everything they can to China in exchange for investment.

The EU vote was cast amid fears that market economic status for China would leave the UK and the rest of the European Union unable to impose anti-dumping tariffs on steel and other products such as ceramics, paper and tyres to defend decent UK jobs and industry.

The EU Commission and the Tory Government will now be well advised to listen to the MEPs as would the Government in the UK.

Over the coming months the EU Commission is due to decide whether to grant MES to China. The move has been triggered by the fact provisions written into China’s protocol, when it acceded to the World Trade Organisation (WTO) 15 years ago, kick in on 11 December 2016.

As a number of UK trade associations such as the British Ceramics Confederation have express total opposition pointing out that China does not even meet the and does not meet the five technical criteria for granting MES.

On all counts China does not meet the criteria.

Granting China market economic status would be the death knell for key industries including steel which are already fighting for survival in the face of the dumping of cheap imports.

It would leave the UK and Europe unable to impose anti-dumping tariffs on cheap Chinese goods including car tyres, ceramics and paper –  and leave workers in the UK competing with both arms tied behind their backs.

If key industries like our steel industry are to have a future in the UK, government must drop its veto to the EU invoking the ‘lesser duty rule’ and allow higher tariffs on Chinese steel.

The Government should listen to the voices of MEPs and Labour who will I am sure echo the decision and once again make it clear that Labour’s policy is to oppose MES – no ifs or buts.