We’re better off in the European Union 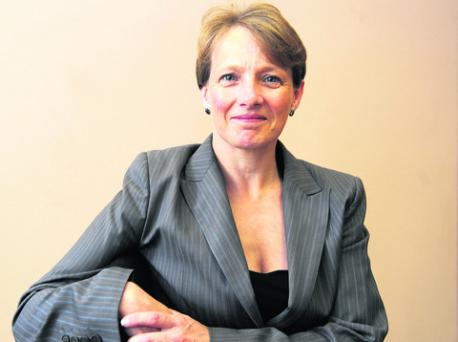 By Clare Moody, Unite officer and Labour MEP candidate for the South West

With Rupert Murdoch leading the charge of a hostile Eurosceptic media it is no wonder that this has become a common refrain. The constant drip, drip, drip of poison oozing out of the right wing press has framed a debate that favours corporate interests. Get government ‘off our backs’, undo the ‘ties of regulation’, ‘free up business’, Europe regulates too much, the market knows best. Well, no – we have seen it doesn’t.

If the economic crisis, the bailing out of the banks and the subsequent recession taught us anything it should have been, at the very least, that the ideological solutions to the failure of neo-economic liberalism have brought ordinary people to their knees, and laid waste to their hopes and aspirations.  The market isn’t the solution to market failures but that is what the right has offered.

It is precisely these conditions and the harsh austerity measures that have encouraged the scapegoating of migrants leading to the rise of far right groups in Greece, France, Belgium and the Netherlands. Here in the UK, UKIP are currently occupying the populist anti-European Union right-wing role much to the chagrin of Tory Eurosceptics who have been burning the Thatcherite flame ever since she made her 1988 Bruges speech.

Within this political and economic context those who support membership of the European Union have to make their voices heard in favour of a Social Europe. The elections this May will probably be fought on domestic issues with UKIP riding high on an anti-European and anti-immigration tide. But there is much that can be said about what Europe has done for us. Trade union members now have more enduring rights than could have ever been achieved at national level.

The UK’s membership of the EU has also provided good quality jobs from the motor industry to aerospace and far wider. Health and safety protection, often derided by the right, has been embedded into EU legislation.

Protection for maternity leave, discrimination law and equal treatment for part-time workers and paid holiday are all EU rights that we take for granted at our peril. The value of collectivism lies at the very core of trade unions and the employment rights such as Transfer of Undertakings (Protection of Employment) (TUPE), redundancy and Information and Consultation regulations. These are not dry legislative rights; these are rights that are crucial to our workforce.

There are also issues of wider concern to the trade union movement that are best dealt with at an EU level, in particular climate change and tax avoidance, neither of which respect national boundaries.

But the EU is the capitalists’ creature?
National politicians take the credit for advances at an EU level when it suits them and are very quick to pass the blame for anything that is perceived as unpopular. Yet the simple fact is that common decision-making is done by national politicians in the Council of Ministers and European politicians in the European Parliament. The right has been in the majority in both institutions for 10 years but we have managed to hold on to the protections outlined above. We should not bury our heads in the sand and think that these rights will still exist if we turn our backs on the EU.

Our political struggles do not stop at the Channel. The same political, economic and social arguments that rage within our country’s borders apply equally to the politics of the EU. For all progressives, changing and challenging the political direction of the right is our ‘raison d’être’. It’s what gets us up in the morning.

There has rightly been much discussion about the Transatlantic Trade and Investment Partnership and in particular the Investor-State Dispute Settlement part. The ISDS has now been put on hold because of pressure from trade unions and the Socialists and Democrats in the European Parliament.  Because the European Parliament will have a say in this, the Commission has had to take a step back. This is now a political fight and one we have to win.

While nationalists and the far right are capitalising on the misery created by the economic crisis, it is possible that after the European Parliament elections on the 22nd May the left will form the largest single group. After ten years of the right running Europe, the political tide may well start to turn in our direction again – on policy and with the institutions. As the largest single group post Lisbon Treaty, the new Commission President should come from the left.    Now is certainly not the time to be coalescing around our opponents to denigrate and, or, campaign against membership of the EU.

Almost uniquely, the EU is regarded as a monolithic entity that has only one direction and is apolitical. It isn’t. Jacques Delors and the development of the European social model proved that. Politics determines policy at EU level, just as with local, devolved and Westminster governments. The damage that Thatcher and right-wing politicians have done at the national level has not led to the left calling for the abolition of Westminster; it hasn’t even united the left behind calling for proportional electoral systems. So why would we take these same political arguments up at a European level?

Why should trade unionists support the EU?
The simple answer is jobs, good jobs that people want and that people can rely on.

At our core as trade unionists with a belief in solidarity and collectivism, we are driven to deliver for our members. The EU has done just that, giving us jobs and rights. So what happens if we turn our backs on it? All those rights become subject to the whim of our national governments – sadly our experience of national governments does not suggest that there is an alternative nirvana in the UK that will miraculously appear if we walk away from the EU. The reverse is true, we walk away and we lose the guarantees we all get from our membership of the EU. Those rights will be eroded over time, jobs will go and we will be diminished.

In many ways the political framework of the EU makes it easier for us to deliver advances in collective rights because they are more embedded in European models of industrial relations than in the Anglo-Saxon model. And when we achieve those advances they are more likely to become permanent at an EU level than the possibility of achieving them at a national level, exactly as we have seen with other rights that have come from the EU.

If we walk away, we will play into the hands of the neo-liberals that want to strip away our rights, want to ignore climate change and want to be free to avoid paying their dues to our society through taxation. Ultimately they do not care whether the UK is in or out of the EU as they will work to deliver their model at whatever governmental level. In fact, it is easier for them to do this at a national level.

As trade unionists, working in the interests of our members, we cannot afford to leave the EU. We cannot turn our backs on the EU and pretend there is a hopeful alternative; our political history does not give us any grounds for this hope.

It is not in the left’s nature to turn our backs on a political fight. Once we recognise this is what we are facing over the EU, we know what we have to do. The same as progressives have done throughout history – we don’t run away – we stand and fight.