We Need an Approach to Manufacturing That Is Less ‘Arthur Daley’ 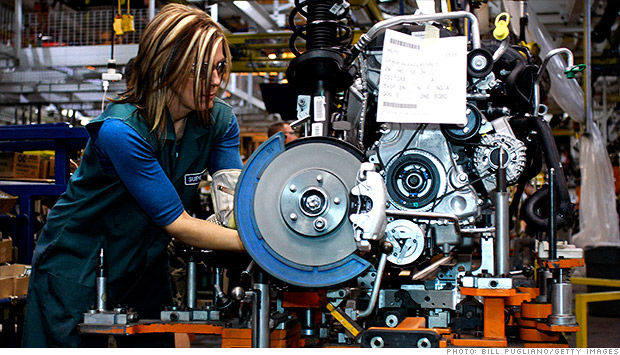 Up against Sajid Javid, her opposite number in government, during the debate on its draconian Trade Union bill, Angela has already shown her mettle.

With recent figures showing industrial output diving sharply, a widening trade deficit and a nine per cent fall in the export of goods, especially in the chemicals and manufacturing sectors, she put him right on where government priorities should lie:

“I am dismayed that we have a government which believes in attacking trade unions rather than working with them in the spirit of social partnership to improve economic efficiency and productivity in our country.”

We have a government and a chancellor of the exchequer, George Osborne, who devotes too much time on political tactics and point scoring instead of coming to grips in formulating a coherent industrial and manufacturing strategy.

Our message remains that for the UK economy to prosper there has to be a rebalancing of the economy away from an over reliance on the service and finance sectors – to a strong manufacturing base.

‘Going all in’ and ‘betting the house’ on China, to coin a poker phrase, will not on its own deliver the much vaunted rebalancing of the economy, especially given the Chinese stock market’s recent volatility.

While Osborne woos the Chinese for investment his ‘march of the makers’ has been in full reverse for a number of years, there is confusion about the Apprenticeship Levy – and Mr. Javid in his proposals to improve productivity tells the world it takes UK workers five days to produce what German workers produce in four without any explanation as to why!

Germany is seen not only as a powerhouse of European manufacturing activity it is rightly held up as a global force.

What Mr. Javid doesn’t get is that German productivity is high because employers and the government respect and works with trade unions. Companies inform and consult with workers and unions. Chancellor Angela Merkel has no problems in sitting down and talking to German unions, they have a stable and quality apprenticeship and training culture alongside support for the ‘Mittelstand’ – the small and medium sized businesses in the all important supply chain.

Plus German manufacturing companies didn’t break up their skilled workforces in the bad times – they worked with unions to take the tough decisions.

In a fast moving globalised world the current trading system in the UK is complex and fragmented. Germany pulls the relevant bodies, including government, business and the unions, together. They have an export strategy that is lacking in the UK. 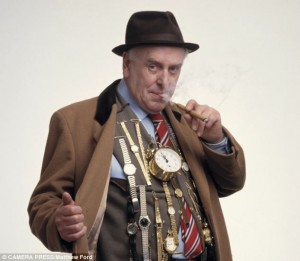 Compare all this with Cameron, Osborne, Javid and business minister Nick Boles: The board of directors of Union Bashers Inc. with no industrial strategy, running the economy on the back of a fag packet skimming the bottom line like latter day Arthur Daley’s.

As Len McCluskey, Unite’s general secretary said: “Raising the productivity of UK manufacturing and commerce is one of the big economic challenges of the next decade. One way that this can be achieved is if ministers stopped attacking trade unions as the enemy within.

“Instead of regarding the trade unions, which have more than six million members, as a stumbling block for productivity progress, they should see unions as partners in productivity.”

On the eve of the Labour conference Unite will be arguing that investment and an end to austerity economics will boost productivity. Jeremy Corbyn along with Angela Eagle’s new shadow team in Business, Innovation and Skills now need to develop a manufacturing and industrial strategy based on decent, stable work; the ability for the workforce and unions to have a say in their companies and industries, a gold standard apprenticeship system and support for SMEs.

Germany does not lead the rest of the world by bashing unions, cutting pay and developing an army of agency and zero hours contracts workers. It does it by having a high skills, high pay economy, with protection for workers.

We need to win back those workers who walked away from us in May this year. Jeremy and Angela can do that by being clear that by working together the UK will prosper and thrive. By having policies that means growth is fairly shared, that there will be decent, stable jobs and apprenticeships for their families.

That is how we will begin the process of a fight back from the general election defeat and forward to Labour wins in those elections to come next year.

This blog first appears on the HuffPost website. September 23rd.