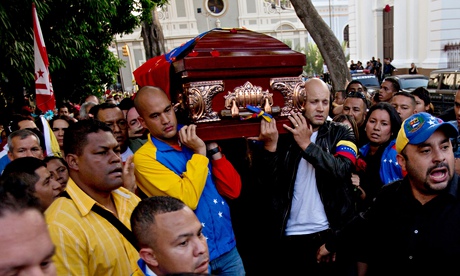 We express our condolences and solidarity to Venezuela following the murder of Robert Serra (27), the national assembly’s youngest parliamentarian, who was found dead in his home on October 1st (theguardian.com, 8 October).

Government officials have stated it was tied to a terrorist plot from extreme elements of the rightwing opposition, with the secretary general of the Union of South American Nations, former Colombian president Ernesto Samper, saying: “The assassination of the young legislator Robert Serra in Venezuela is a worrying sign of the infiltration of Colombian paramilitarism.”

Worryingly, Serra’s murder joins the list of other assassinations of government figures and the situation resembles the prelude to the overthrow of Salvador Allende in Chile, when sections of the Chilean opposition did not distance themselves from violent actions, including the assassination of a general.

We condemn this murder and other examples of extreme, anti-democratic violence aimed at destabilising Venezuela’s elected government.