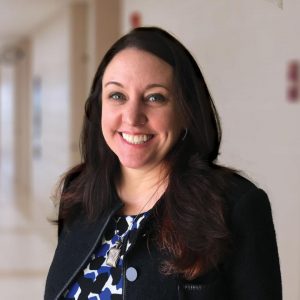 Celeste Drake of the AFL-CIO

NAFTA is back in the spotlight 23 years after it became law. Donald Trump pledged to withdraw from it. Instead he’s seeking to renegotiate it (in secret). The first round of talks wrapped up August 20th. The AFL-CIO’s top trade policy expert, Celeste Drake explained to Don McIntosh of nwlaborpress.org US Unions’ opposition to NAFTA and

What’s wrong with NAFTA, from the AFL-CIO’s perspective?

Where to begin? I think it’s best summed up as the wrong set of rules. NAFTA imposes on the whole North American economy, not just the U.S. economy, a set of rules that benefit large global corporations at the expense of working people. In practice that sets up a race to the bottom. It has driven down wages. It has made it harder for working people to organize and negotiate. It fails to protect the environment. It says that corporations have effective and enforceable rules that protect them, while the rest of us are left with, at best, “guidelines” that fail to protect us. And it includes the odious “investor-to-state dispute settlement” system (ISDS), which provides private justice for foreign investors and leaves everybody else out.

How does that critique differ from President Trump’s narrative about NAFTA?

From what I can tell, he has not adopted our analysis. Rather than looking at the way the rules favor the largest corporations across all three countries, he seems to blame the other countries and the workers in the other countries. And he seems to blame U.S. negotiators for not doing a good job. That’s wrong. As much as I disagree with what the negotiators did, I think they did what they were asked to do. It wasn’t working people who demanded NAFTA. It was the big corporations. To highlight where the president’s analysis isn’t quite right … if NAFTA was so great for Mexico, if they were doing so well under it, you would have the working people of Mexico defending it.

But instead you saw during the negotiations last week a big march in Mexico City where Mexican workers themselves were saying NAFTA is a disaster. They fear that the renegotiation will be used by corporations to make NAFTA even worse.

What do we know about the negotiations that have taken place so far?

Not a lot. The first round concluded (August 20th). It did not really open up, in the way that we have suggested, to public participation, releasing documents to Congress and the press. We know that there were meetings on every chapter, even though text wasn’t put forth. We know Canada is going to be aggressive in looking for a strong commitment on labor.

During the campaign, Trump pledged to withdraw from NAFTA altogether. Are you in favor of withdrawal?

We strongly believe that the best way to protect workers is through having international agreements. There’s no way we can be isolated from the rest of the world. So our first choice is replacing NAFTA with a deal that really raises the standards of living for the workers of North America. If that can’t be done, then certainly withdrawal from NAFTA is an option and would be an improvement in a lot of ways from the status quo, because the status quo is driving a race to the bottom.

If it becomes clear that this is not in fact an opportunity for working people, and instead it’s going to be another tool whereby corporations gain additional leverage to push down our wages and working conditions, then we’ll get behind a repeal NAFTA campaign. But we have done so much work over the last few years about fast track and the TPP (Trans-Pacific Partnership), that we have an active and engaged electorate. We don’t think Americans will just take anybody’s word for it that NAFTA is great again. Because NAFTA never was great, and we know what to look for to determine any claim of success about whether NAFTA is getting better.

Does NAFTA have any role in increasing undocumented migration to the United States?

Certainly. Right after the signing of NAFTA there was a flood of agricultural exports from the U.S. to Mexico that really undercut a lot of the smaller farmers. And when they were no longer able to compete with U.S. agricultural products, the promised “good manufacturing jobs” in the cities just weren’t there. I’ve seen estimates as low as 1 million and as high as 3 million potential undocumented immigrants as a direct result of NAFTA, primarily from pushing folks off the land.

Is NAFTA’s impact exaggerated by critics? Offshoring manufacturing to Mexico was happening already, and in fact much more production has moved to China, a country we don’t have a NAFTA-style agreement with. Is NAFTA mainly a symbol for overall trade policies that aren’t benefiting working people?

Somewhat. Both of those things you said are true. However it’s easy to defend the status quo by saying NAFTA didn’t cause the manufacturing job losses, but its critics generally don’t claim that it that caused all of Americas manufacturing job losses. The bigger effect quite frankly is the wage impact. We can document 850,000 job losses based on opportunity costs lost because of the trade deficit.

But even more workers than that recognize that it’s harder to negotiate for better wages and benefits now. And NAFTA has a role in that. NAFTA was the first trade agreement of its kind. And you can trace a lot of the ideas of the WTO from NAFTA. So if we can get NAFTA to go ahead on a different model, that sends a huge signal that we need to start looking at our other trade policies and reforming them.