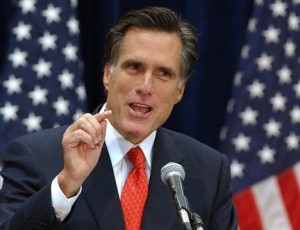 US Republican presidential candidate Mitt Romney, while CEO of Bain Capital, knowingly invested in a brutal Chinese sweatshop which it is believed to be the company he was describing in detail at the same Boca Raton fundraising event where he made his 47% comments.

A new report by the US based Institute for Global Labor and Human Rights, documents the workers’ low pay at the time Mitt Romney was substantially investing in the company ($23 million) and the current abysmal conditions and pay at the appliance factory owned by Global-Tech.

When I was back in my private equity days, we went to China to buy a factory there. It employed about 20,000 people. And they were almost all young women between the ages of about 18 and 22 or 23. They were saving for potentially becoming married. And they work in these huge factories, they made various uh, small appliances. And uh, as we were walking through this facility, seeing them work, the number of hours they worked per day, the pitance they earned, living in dormitories with uh, with little bathrooms at the end of maybe 10, 10 room, rooms. And the rooms they have 12 girls per room. Three bunk beds on top of each other. You’ve seen, you’ve seen them? (Oh…yeah, yeah!) And, and, and around this factory was a fence, a huge fence with barbed wire and guard towers. And, and, we said gosh! I can’t believe that you, you know, keep these girls in! They said, no, no, no. This is to keep other people from coming in. Because people want so badly to come work in this factory that we have to keep them out.

At its peak, for two and a half years from April 1998 through August 2000, Mr. Romney and his Brookside Capital fund invested approximately $23 million in the Global-Tech sweatshop in Dongguan, China.

Romney was there when the Race to the Bottom in the global sweatshop economy was launched.  Romney noted “the pittance they earned”— just 24 cents an hour in 1998 and less than $2.00 a day.  Wages  in Global-Tech were less than 2 percent of U.S. wages.

Despite his investment and power as Bain’s CEO, Romney apparently failed to urge Chinese management to even modestly improve Global-Tech’s gross working and living conditions or the pitifully low wages of its workers.

If Romney had spoken up, conditions at Global-Tech might be far better today.  Sadly, in 2012, Global-Tech remains a brutal sweatshop, where workers are paid starvation wages of $1.00 an hour and have no rights.

Today at Global-Tech, every single labor law in China is violated:  primitive, filthy dorm conditions are the norm;  routine 15- to 16-hour shifts prevail, along with grueling 105- to 112-hour, seven-day work weeks.

Eight hundred student interns – many exhausted children, just 16 years old – are forced to work the grueling 15 to 16 hour shifts with no overtime pay.

In the context of Mitt Romney’s present “get tough on China” stance, it would be critical for him to clarify exactly what he and Bain Capital did at the Global-Tech factory in Dongguan, China to push back against the evident abuses in the factory and to assure respect for human, women’s and workers’ rights.

Photo’s of Global-Tech can be found by clicking here.