Unite warns voters ‘Tories are no friends of the North’ 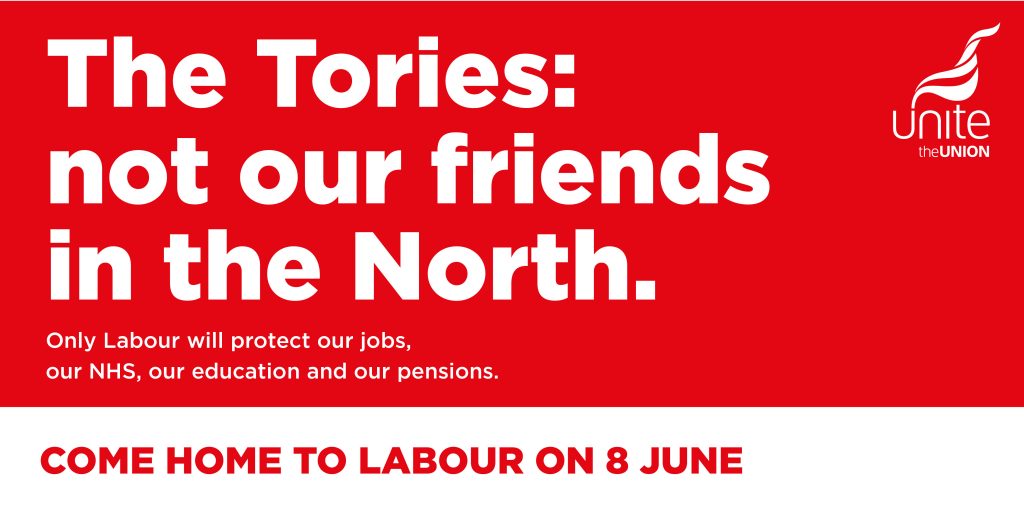 The Conservative Party is ‘no friend of the North’ but instead the party of the ‘leafy shires and the lucky few’, Unite the country’s largest union is warning.

Billboards carrying that message will appear across the North of England today until the polls open on Thursday 8th June as Unite continues to campaign to turn out every possible vote for Labour.

With the Conservatives targeting Labour’s northern heartlands, the union’s intervention signals its determination to hammer home the Tories’ record to voters, and remind them that the party’s plans will make life tougher for working people and their families.

Launching the billboard advertisements, Unite general secretary Len McCluskey said: “The Tories are not and never will be the friends of the North.

“When the Tories are in power, our great northern cities and communities endure misery and neglect. Just look at what happened to Redcar recently – a top class industrial facility was allowed to go to the wall by the Tory government with thousands put out of work.

“This is what a Conservative government does. It does not govern for the nation but rewards only the privileged, the leafy shires and the lucky few.

“That is why we are urging voters to think very carefully ahead of the poll on 8 June. Judge the Tories by their record – record debt, falling wages, appalling zero hours work, our children’s schools begging for help, police cuts, and our NHS on its knees. These leopards have not changed their spots and are not worthy of your vote.

“A vote for Labour is the only option to give our communities the strong future they deserve.” 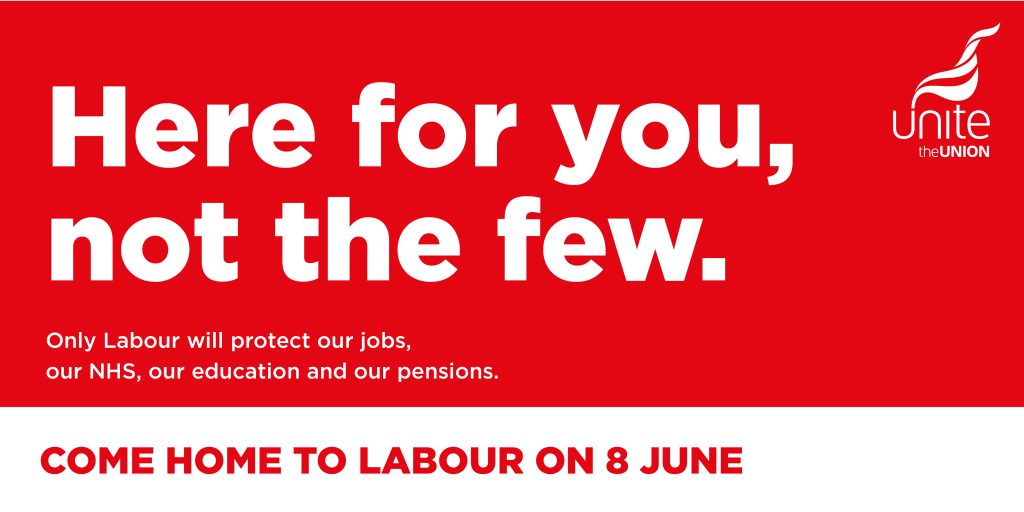 The Unite billboards can be seen in Leeds, Newcastle and Salford. They will be joined by ad vans that will tour London plus towns and cities in the north east and north west to contrast the different offers before voters – continuing Tory cuts and falling living standards, or the sensible Labour plan to renew working class communities.

This is in addition to the hundreds of thousands of leaflets that Unite members have been putting through letterboxes in recent weeks and distributing in workplaces, as well as a major Facebook campaign to ensure voters understand the real change that Labour offers.

Unite will also be campaigning in manufacturing workplaces to hammer home the message that a Tory Brexit would be very bad news for UK jobs and investment.