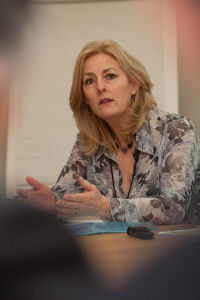 Unite, has made further calls or legislation to protect British companies from ‘predatory takeovers’, such as Kraft’s controversial buying of Cadbury in 2010 and a recent bid by a French print company Oberthur for De La Rue the UK banknote printers.

Jennie Formby, Unite’s National Officer for Food and Drink, Unite, said that it was clear that the government was procrastinating over bringing in the “Cadbury law” that many feel is “overwhelming, imperative and urgent.”

Jennie explained that it would prevent large-scale takeovers that are solely driven by short-term profits, without concern for a company’s products and workforce.

“Since last year’s takeover, the government has been very silent on the need for a Cadbury Law which would protect viable British companies from predatory takeovers from financial institutions which have no real interest in the long-term welfare of the company, its employees and product development,” she said.

“If the government is really serious about having a vibrant manufacturing policy to help us out of the economic mire, a Cadbury Law should be an integral part of such a strategy – but ministers appear to be dragging their feet.”

Jennie spoke out after Kraft’s chief executive, Irene Rosenfeld, (left) deferred for a third time her appearance before the Business, Innovation and Skills (BIS) Select Committee, which is looking into the sale. In her place she sent the company’s corporate affairs director, Marc Firestone.

Also see: Kraft-Cadbury: “Your brands have been taking a very negative pasting for the last 40 minutes.” 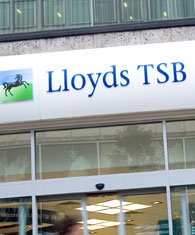 Lloyds will also be outsourcing 450 cheque and credit processing services roles third-party provider iPSL later this year, but it said no job losses would be made.

The group said it would try to use natural turnover and redeploy people where possible with voluntary redundancies offered ‘where it is necessary for employees to leave the company’.

David Fleming, national officer at Unite, said news of the cuts would be met with ‘despair’ by the bank’s staff. Just two weeks ago this taxpayer supported organisation announced profits of £2.2 billion. Yet this decision represents a total failure Lloyds to recognise that this turn around is the outcome of the work of their staff.

‘Unite strongly opposes any attempt by Lloyds to make compulsory redundancies and is demanding that the organisation ends this practice of drip feeding staff job loss announcements, while at the same time increasing the number of agency staff being taken on.’ 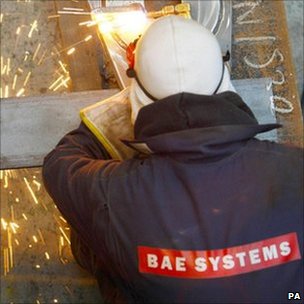 Highly skilled workers at five BAE Systems sites face the prospect of being made redundant. BAE Systems is set to make about 450 workers compulsorily redundant at several military sites in the UK due to cuts in defence spending.

Unite National Officer Ian Waddell said: “The blame for these job losses lies firmly at the door of Defence Secretary Liam Fox and the rest of the Tory-led government. The short-sighted, financially-driven decisions taken in the review illustrated by the reality of hundreds of highly skilled, economically valuable men and women losing their jobs. BAE Systems has done everything possible to avoid sacking people, but the enormity of these cuts is such that compulsory redundancies are now inevitable.

“There is a serious capability gap which the UK’s armed forces now face, proving that there was nothing strategic about the review.”

Ian Waddell called for the defence review to be reopened and argued that any review should be seen in the light of the impact on the whole UK economy.

The 450 will go from sites at Woodford, Cheshire; Brough, East Yorks; Farnborough, Hants; RAF Kinloss in Moray and RAF Cottesmore in Rutland.

Last autumn’s Spending Review included plans to cut defence spending by 8% over four years. Nimrod surveillance planes and Harrier fighter jets – both of which BAE worked on – are being axed.