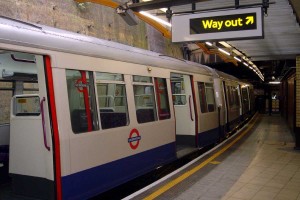 One of the London Underground tube train drivers whose sacking has sparked a planned series of Tube strikes has won his claim of unfair dismissal for trade union activities. The RMT backed tube driver Eamonn Lynch and Northern Line driver Arwyn Thomas, who is also claiming unfair dismissal.

The RMT has announced six days of strike action by its Tube driver members over two weeks later this month and in June in protest at the sackings.

RMT general secretary Bob Crow said: “We welcome Eamonn’s victory in the tribunal and we are calling for an immediate meeting with London Underground in the light of the ruling that he was unfairly dismissed for his trade union activities.

“With the clear parallel with Arywn Thomas’s case, there is now an urgent need for London Underground to meet with the RMT to set out a plan for a return to work that can avoid plunging London into two blocks of strike action that everyone knows will lead to massive disruption.

“The tribunal has found in favour of the RMT, justice has been done and now we need to meet with the company to finalise arrangements that can enable us to move forwards as quickly as possible.”

LU Managing director Mike Brown was left grasping at straws:  “As we have always said, disputes involving individuals should be dealt with through the mechanisms established for that purpose. While that process takes its course, there remains no reason whatsoever for the RMT leadership to seek to disrupt Londoners by threatening strike action”.

LU said Mr Thomas was dismissed for “unacceptable and abusive behaviour” towards colleagues, with LU insisting union membership had no bearing on either of the sackings.

1,500 Tube drivers will walk out for between nine and 24 hours from Monday May 16 to Friday May 20 and again from Monday June 13 to Friday June 17. The move follows a 2-1 vote in favour of industrial action by RMT members.

This entry was posted in Employment Rights, Trade Unions. Bookmark the permalink.