The State Of The Unions In The USA

The following blog was posted by the noted US columnist Harold Meyerson on American Prospect and makes interesting reading, particularly in conjunction with my own recent article in Tribune (also published on Left Foot Forward) which examined the growth of alt.labor unions in the USA, which consist of many young people and workers in low paid jobs in the USA and to which the US union movement is throwing its doors open at the AFL-CIO Convention later this year. 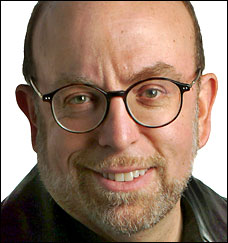 According to new polls, just over half of Americans like organised labour — but that’s still enough to make a real impact.

In late June, the Pew Research Centre released the results of its biennial poll on unions and corporations, and reported that 51 percent of Americans had a favourable view of unions—up from just 41 percent in 2011, the last time Pew popped the question. Pew’s new number is almost identical to Gallup’s, which found that 52 percent of Americans approved of unions when it last asked that question in August of 2012. Gallup polls on union approval every year and has reported a 52 percent approval rating each of the past three years. Before then, union approval had hit an all-time low for Gallup surveys, with just 48 percent in 2009.

So unions are modestly, sorta, kinda back, in the public’s estimation. Back, that is, from the trough into which they fell during the first year of the recession, when their approval ratings toppled from the high-50s (Gallup) and the mid-50s (Pew) by ten points in each poll. The auto bailout of that year, and the constant drumbeat in much of the media that auto workers were being paid between $75,000 and $100,000 (in reality, the very best paid were pulling down $56,000, and there weren’t that many of them), looks to have done lasting damage to unions’ favorability ratings, which have stalled out about 5 percentage points beneath their pre-recession, pre-bailout peak.

To be sure, some of that damage appears transient: Gallup’s 2009 poll was the only one in which a majority (51 percent) of respondents said that unions “mostly hurt the economy.” Some of the damage appears more lasting, however: In yearly polls from 1999 through 2008, the percentage of Americans who told Gallup that they wanted to see unions have less influence stayed between 28 and 32 percent.

Since 2009, though, that percentage has ranged between 40 and 42 percent for four successive years. To be sure, the percentages of Americans who’ve wanted to see unions have more or “the same amount” of influence has always exceeded those who want them to have less, but as “the same amount” isn’t really very much, this is a cold comfort.

Unions seeking warmer comfort in these numbers, however, can find some in Pew’s demographic breakdown of its latest poll. While 51 percent of all Americans have favorable views of unions, 61 percent of Americans under 30 hold that view. Indeed, respondents 29 or younger were the only age group in which unions had a higher favorability rating than “business corporations,” which had the approval rating of just 51 percent of the young.

The irony for unions —and in theory, the opportunity—is that the youngest Americans are the least unionized. The latest data from the Bureau of Labor Statistics show that labor force participants under 25 have a unionization rate of 4.2 percent, a figure that rises steadily—but not much—as the age cohorts grow older, topping out at 14.9 percent among workers aged 55 to 64.

So wherever young people got their disproportionately favorable impression of unions, it didn’t come from their personal exposure to them. Then again, young people in the early 1930s — a time when union membership collapsed, along with the economy in general —didn’t have much personal exposure to unions either, yet they became the most pro-union generation in American history.

What both these generations have in common is a far greater skepticism about the economy in general and a much stronger belief that the economy is rigged to ordinary workers’ disadvantage.

The Thirties generation demonstrated this by joining parties of the Left, voting for New Deal Democrats, and building a strong union movement. As to the current generation, there are no parties of the left to speak of, but a Pew Poll from late 2011 found that 49 percent of Americans under 30 had a positive view of socialism (against 43 percent negative), while just 46 percent had a positive view of capitalism (against 47 percent negative).

Young people couldn’t find any New Deal Democrats to vote for, but they clearly favored Barack Obama in the last two presidential elections. And as for building unions…..

Well, there’s the rub. Given the tattered state of labour law, building unions is, if not impossible, then highly improbable. But the gap between the number of pro-union young people and the number of young union members is one that labor should ponder closely, as it considers how best to advocate for workers in a time when unions as we’ve known them can’t readily be expanded.

There’s considerable evidence that unions are, in fact, pondering this. Over the past several months, the SEIU has been building a nationwide organization of fast-food workers, even though the idea of a national contract with McDonald’s seems utopian in the extreme.

The AFL-CIO is preparing for a national convention in September at which it will consider opening its ranks to workers who aren’t members of or represented by unions, or creating an omnibus organization of both union members and non-members.

The approval is there: Public support for unions, however much it took a hit in 2009, is still far higher, and not just among young people, than union membership ranks would suggest. But the law is not on the side of unions, and the odds are steep against amending labor law so that it once again safeguards workers who seek to organize.

Given that approval rating, and given that law, unions should be organizing workers for whom they may not be able to get a contract, but perhaps a living-wage ordinance.

They should be welcoming into their ranks workers whom they don’t represent at the work site but can advocate for in legislatures. With an eye to their high level of support among the young, they should become the most powerful and vocal lobby for relieving students of the debt they have to incur to go to college, and consider taking those students into their ranks.

Young Americans, working-class Americans need a champion. If labor allows them to affiliate — never mind whether there’s a union at their workplace, or whether they even have a workplace — it can do a better job of becoming the champion that America needs.