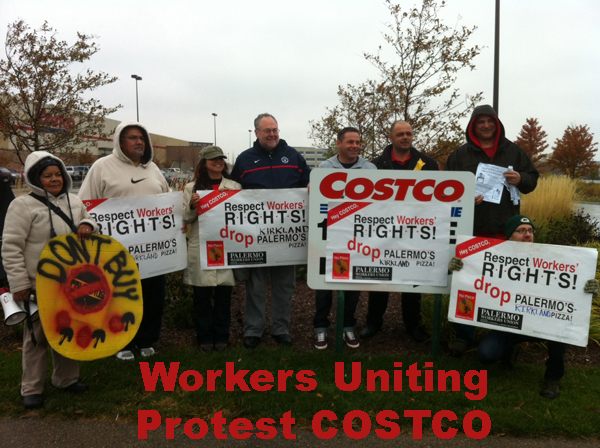 The Palermo Pizza Workers Union (affiliated to the United Steelworkers in the USA) who are organising Palermo’s Pizza workers have been on strike for more than five months fighting for, union rights, a voice at work and a safer workplace.

On October 24th, they set off on a Striker Truth Tour to spread the word about the national boycott of Palermo’s Pizza and to keep the pressure on Costco, a retailer of Palermo’s Pizza to get Palermo’s to reinstate sacked workers and recognise the union.

The tour has visited cities all across the USA with its final stop in Seattle on November 16th at Costco’s headquarters where workers, union activists, students and community members will ask Costco’s top management to meet with Palermo’s workers.

You can send Costco an email to take action!

Stand with the USW and Palermo’s Pizza workers – choose your slice of the action today.

The USW and the Palermo’s Pizza Workers Union