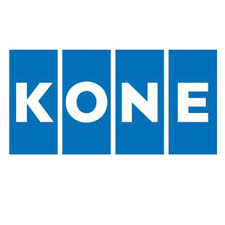 300 Unite engineering staff employed by the Finnish company Kone across the UK will be taking strike action over the next two week. Unite engineers at Kone service lifts, doors and escalators across the UK, including at Gatwick and Heathrow airports.

The dispute is related to the use of a ‘spy in the cab’ tracker system known as VAMS which Unite members say is an unreliable method for measuring workloads.

Unite argues that VAMS should not be used to verify time sheets, and site arrival and leaving times as it is unreliable – for example, one driver was alleged have driven 1,000 miles in one day without refuelling. Unite is not against the principle of VAMS when used for health and safety purposes.

Unite has put forward proposals to resolve the dispute via Acas but talks broke down after 10 hours when the Kone UK based management walked out.

Unite National Officer for general engineering Linda McCulloch said: “The Acas talks with the UK management of Kone have proved to be fruitless, after they walked out after 10 hours. Due to this unreasonable behaviour, Unite is calling on the top executives of this Finnish-owned company to intervene and sort out the intransigent stance of their local UK management.

“Evidence has shown the mileage recorded by VAMS for business or private use is not accurate and exaggerates the amount of mileage being completed. It is ‘a spy in the cab’ that does not function properly, so it is understandable that our members are angry. “Unite members by 81 per cent for strike action and by 91 per cent for industrial action short of a strike.

The main Kone sites are at Chertsey, Gateshead, Glasgow, Keighley in Yorkshire and Warrington.

Please send messages of support to our members in dispute via Linda McCulloch.

All messages of support are appreciated.