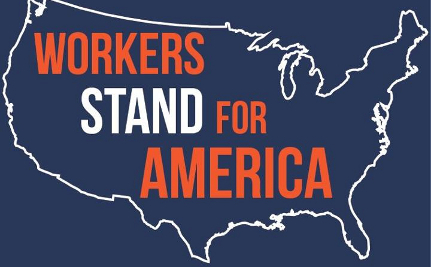 If you were wondering what the disputes in the USA between trade unions and certain  US states who are introducing ‘Right To Work’ legislation – (in particular Michigan), this blog – republished from a US website called Care 2 make a difference – explains what “Right Work” means.

As President Obama said recently “These so called right-to-work laws, they don’t have to do with economics. They have everything to do with politics. What they’re really talking about is giving you the right to work for less money.”

“The phrase “right to work,” which appears to date to 1902, sure seems catchy; it sounds like a guarantee of employment, right?

In fact, it has nothing to do with whether you’re guaranteed to have and hold a job. Since it’s been in the news a lot in 2012, when the number of right to work states rose to 24, it’s worth taking a closer look at what this term means as well as the history behind it.

All sides of the right to work debate are heating up, and it may be another critical labor issue in 2013.

To put it simply, a right to work law states that employees cannot be compelled to pay union fees and dues, even if they are covered under a union contract. The idea is that even if a union is operating in a given workplace, people shouldn’t be forced to join to keep their jobs, or ordered to join the union if other workers want to organize.

Proponents of these laws say they protect the freedom of association, allowing people to opt out of union membership if they’re not interested.

Before 1947, right to work laws weren’t possible, but that changed with the passage of the Taft-Hartley Act, which outlawed the so-called “closed shop.” Closed shops restricted employment to union members only, requiring membership as a term of employment.

The Wall Street Journal, among other publications with a somewhat conservative lean, suggests that right to work laws promote job growth, but correlation is not causation. If there is a link, it may have to do with the fact that such laws are often used to entice business away from states without such laws with promises of lower wages; even the Journal has to admit that right to work states tend to have lower wages and less favorable employment contracts, because the collective bargaining power of unions is diluted.

Meanwhile, opponents of such laws argue that they create a bit of a free rider problem. Administering unions can be a costly endeavor, and the process of negotiating contracts can be painstaking and expensive, as can providing benefits for union members.

If everyone in the union pays dues, costs can be kept lower for all members, and every worker is equally invested in the union. If some people aren’t paying, it creates an imbalance, and when union and non-union employees are covered under the same negotiated contract, it means that some people effectively get some of the benefits of union membership for free.

For labor organizers, such laws can represent part of an attack on organizing and union membership, making it harder for unions to promote the welfare of their members and workers in general. In the larger picture, less money also makes it more difficult for unions to engage in advocacy, political lobbying and other activities to protect workers and raise public awareness.

For employers, such laws can reduce labor costs, as a weak union can struggle to assert itself at the bargaining table. As for workers, a strong union can make for better working conditions, a safer workplace, better benefits and more pay, and unions are stronger with more dues-paying members”.

5 Signs 2013 Could Be a Great Year for Labor Organizing