Reshoring Is Happening – But Not Fast Enough

Birmingham and the wider region took the biggest output and employment hit of any UK region in the last recession, in part because of a collapse in world trade (Birmingham is, after all, the ‘city of a thousand trades’ – including as a major exporter).

UK. This bounce back has been seen in improved performance across many sectors in the region but manufacturing activity in particular has spurred growth.

Sectors such as automotive, aerospace and the production of specialised precision components are all driving ahead.

The performance and flexibility of the region’s automotive industry in particular sets a great example for other sectors.

The sector has seen more than £7 billion of investment over the past three years, with much of that here via Jaguar Land Rover and supply chain firms such as GKN (whose Birmingham-based, world-beating Driveline business division posted bumper profits in 2014). 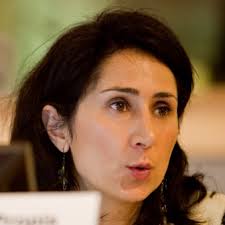 There is a real sense of confidence in several manufacturing sectors including automotive and aerospace. Order books extend several years ahead. “There’s never been a better time to be a manufacturer” one CEO of a major local manufacturing firm told a BQ Magazine dinner in Birmingham recently.

This confidence is reflected in the nascent trend of reshoring, which is seeing manufacturing activity come back to the region. Our own take on things, based on research which is just about to be published, is that reshoring really is happening but on a smaller scale than many have claimed, with around one in six local firms actually doing it.

Top of the list of drivers for local firms in ‘bringing it home’ are transport costs and quality issues overseas, followed by supply chain resilience, exchange rate shifts, rising wages overseas, the need for rapid turnaround, as well as the need to offer a service alongside manufacturing.

There are, of course, barriers to further repatriation. It’s the skills issue, along with access to finance (especially for smaller firms down the supply chain) and high energy costs which provide some of the biggest barriers to an even faster manufacturing upturn and a boost to growth locally. Tackling these would also help local firms export more.

Rapid lead times are critical in sectors such as clothing, textiles and high design content items, where fashions can change quickly and retailers try to avoid having stock in transit for long periods. Indeed, the increased variety and speed of change associated with ‘fast fashion’ have tilted the balance of competitive advantage towards firms nearer ‘home’.

For such reasons, the firm Bathrooms.com, an online retailer of bathroom furniture, is bringing back around half of the contracts currently awarded to Chinese manufacturers to Midlands’ firms, in turn reducing the time from design to production from six months to six weeks.

Another example of reshoring sees RDM Group, the Coventry-based engineering and automotive specialist, starting production at a new state-of-the-art Coventry factory. It is bringing production of aluminium rechargeable torches for Jaguar Land Rover back from China. More products may follow.

Meanwhile, Birmingham-based Brandauer has successfully won work that had previously been sub-contracted to Europe and China, across a range of sectors including the medical, space, safety and auto sectors. In part this is because the firm can offer superior technology and processes, notably in stamping, which can reduce costs for customers.

And just like with the fashion industry, rising costs overseas are not the only driver. Turn around is becoming critical, especially for premium automotive products where the consumer helps to design the final product and doesn’t want to wait months for the car to be delivered. That means more opportunity for local suppliers to provide good and services locally and flexibly.

So, the good news is that manufacturing is indeed reshoring but maybe on less of a scale than had been hoped for, and policymakers at all levels need to think about how they can push this along.

Experience from the United States is instructive in this sense. Just like here, in the US, shrinking cost gaps and the desire of firms to assemble nearer to their customers are making reshoring a fertile opportunity. However, conditions on the ground are sometimes pretty hostile.

For example, both General Electric and Google Motorola Mobility faced huge difficulties in hiring skilled people with experience in modern precision manufacturing when they tried to reshore to the United States, and the firms struggled with local supply chains which had been hollowed out.

In the Google Motorola case most of the parts had to come from China, while GE struggled to source locally. While GE has of late made a success of its Louisville operations, Google Motorola is closing its Fort Worth plant is part because of high shipping costs.

What this US experience shows us is that reshoring is indeed a real opportunity, but isn’t a foregone conclusion.  And like the US case, while a range of economic fundamentals have shifted, the actual logistics of bringing production back to the West Midlands can be hard going.

So whether reshoring benefits the West Midlands depends on the local availability of skills, innovation capacity, the supply chain base, support services and institutional ‘thickness’.  And just like the US, reshoring in the UK will play out on a region-by-region basis.

In many ways the West Midlands – and especially its auto sector – is well placed to make the most of these trends. Major firms like JLR, JCB and BMW (via its world class Hams Hall engine plant) have all located here to access the region’s rich assets.

These include excellent skills, a flexible workforce, a strong innovation environment built around local universities and consultancy firms, a superb design base and low costs. Only a handful of regions in Europe actually have the genuine capability to completely design, develop and build a whole car, including its powertrain. This region is one of them.

Moreover, the region can compete with anywhere in Europe on the basis of high productivity, high quality and competitive labour costs. The region is well placed to develop this further through investment in skills and technology.

While a welcome move, the overall amount of funding on offer (£245 million in total across manufacturing nationally by 2015) is limited. Extending the scheme so that smaller firms can directly access the support available is critical, especially when the lack of access to finance is a major issue for such firms.

On the latter, ‘tooling up’ in the automotive supply chain is still a big challenge given uncertainty over future vehicle volumes, the asset specificity of the tool (which means that lenders are reluctant to accept it as collateral), and a lack of specialist knowledge in the baking system over how to evaluate proposals.

In tackling such issues, we need to see a ‘step change’ in the engagement of the UK’s financial sector with the automotive industry. At some point a dedicated automotive (and manufacturing) loan fund – backed by the state – may be required to overcome failures in the financial system.

On this, in mid-2014 the government launched a £24m National Tooling Fund to assist toolmakers and component manufacturers to fund the design, development and manufacturing of tools following a firm order from a major assembler.

So far we have seen a great effort locally by local LEPs, suppliers, unions, assemblers and support agencies such as the MAS to work together to support the local mini-renaissance of manufacturing, especially in auto. The cooperation between some of the local LEPs over inward investment, for example, has been genuinely excellent.

But that needs to go further – for example in terms of more cooperation between local authorities – particularly in the form of a combined authority Manchester-style. Local authorities need to seize the devolution opportunity so that the region can develop a wider array of policies to boost the local availability of skills, foster the region’s innovation capacity, support the supply chain base, and provide effective support services.

There is a big opportunity here. The UK economy hasn’t rebalanced in quite the way that the government hoped for. But manufacturing and business services in this region really are doing the ‘heavy lifting’ of reshoring, exporting the economy out of recession, and driving growth.

Let’s make the most of it.