Quantas Lock Out – the union’s case. 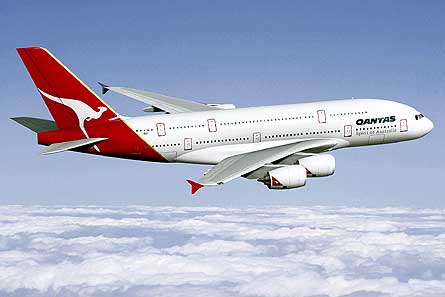 Over the past few days media coverage of the Quantas lock-out has focused on the companies error in deciding to lock out its entire workforce following legitimate industrial action by its unions. The UK media in particular has focused almost entirely on the companies propaganda. The BBC initially described the action as a strike – but changed tack and said it was a lock-out when it was clear this was a crude attempt to bludgeon the unions by using the Fair Work Australia process which can order an end to a dispute – thus handing the company victory on a plate.

Only after the company suspended all its operations – with no notice at all to customers – leaving thousands stranded at airports did the media start to feature comment not only from the public but also from the Aussie unions. News reports this afternoon (Sunday) appear to be now critical of Alan Joyce the millionaire CEO of Quantas for the lock out.

There has been little or no coverage of the “wild cat” actions of the company in the run up to the lock out or the union’s case.

So rather here are three items which set out what has happened at Quantas, in the run up to the lock out from three sources, the Australian Licensed Aircraft Engineers Association (Paul Cousins), the Australia Workers Union (Paul Howes) and the TUC’s Owen Tudor currently down under in Melbourne.

First Paul Cousin’s Federal president of the ALAEA who wrote in the union’s newsletter on October 7th:

This month our campaign at Qantas will really start to take off. It‟s been a fierce few weeks for our members at the national carrier, but I‟m happy to report that everything is going to plan and our campaign is really starting to have an impact on the airline‟s bottom line (which is the only thing these people seem to care about). Heavy maintenance teams recently joined the action staging full-day stoppages and in a few days time we will be ramping up our action at airports around the country with rolling four-hour stoppages.

As our action continues, so does the action of other Qantas unions. The pilots are continuing their fight for a “Qantas Flight – Qantas Pilot” clause, and the Transport Workers Union carried out national stoppages last month over pay, conditions and job security. It‟s a shame that it has come to this, but Qantas management is determined to go to war with its 35,000-strong workforce for nothing more than the sake of it.

While all this goes on, certain media outlets continue to sprout Qantas propaganda and deny the unions a right of reply. Just recently we saw the Murdoch press, yet again, attempting to drag our name through the mud. Their report on the ALAEA and its members said that we had “adopted a tough US-style „playbook‟ for industrial action which advocates intimidating executives to win better conditions for workers.” Now I make no apologies for trying to win better conditions and job security for members, but intimidating executives? Executives who are sitting around in their plush, air-conditioned offices eating cake and counting their millions while we are on the tarmac often in the driving rain, freezing cold or under a hot sun using our decades of expertise to keep their aircraft flying?

How about writing a story about how Qantas management bullies and intimidates its workers?

The TWU‟s Tony Sheldon said the company was banging on its members‟ doors in the middle of the night to inform employees they would be locked out when they arrived at work. Now that‟s intimidation and utterly disgraceful. Bring on the media inquiry I say.

But let‟s get back to what we are really fighting for here, because it‟s really quite simple. We want a fair go, and a future with Qantas. Yet what we are being offered is insecurity and neglect. We are being asked to give Qantas a blank cheque to do whatever they want and make major changes that will affect the livelihoods of members at any moment. Why would we agree to this? Then there is the looming threat of offshoring and outsourcing. These two evils of our industry not only threaten our jobs, they threaten the safety of the world‟s safest airline. Aussie jobs will go, our expertise will disappear and eventually the most undesirable outcome for all will occur, a smoking hole in the ground.

In a world where airline safety is big business, it seems airline management is more concerned about someone bringing a toothpick onboard, than a hatchet job on the plane‟s engine. Where is the sense in it all?

The determination to create a new airline based in Asia will mean Qantas will be dismantled and its cash and assets sent overseas. The Qantas Sale Act may not be being breached, but its spirit is surely being ignored in this effort to send offshore our airline. It‟s ironic that Qantas management has spent millions of dollars on advertising the „new spirit‟ of Qantas but not one red cent on retaining Australian skills and expertise.

Over the next few months, unity will be more important than ever. It‟s vital that we are all in this together, and that management everywhere hear our collective voices. If Qantas is able to get away with this, the impact will be devastating not only to our profession but to the Australian landscape. We‟ve seen it happen before, and we don‟t want it happening again.

This month we‟ll be kicking off a series of mass meetings that will take place in all ports. I want you all to make it along and show Qantas that we mean business.

Whilst on related subjects, Jetstar members are seeing the emergence of proposed changes by management in their quarter that can be designed to undermine their present standing. There is certainly something afoot but be aware the ALAEA will be backing its members to the hilt when it comes to retaining job security and a fair go.

A recent episode where a member from a small outfit was threatened with termination without a fair hearing and natural justice proved the worth of being in the Association. An ALAEA representative from another airline stepped in and set management on their heels, derailing any thoughts of a quick dismissal, and now a fair hearing will take place and that member will be given natural justice. Never think you are alone, if you‟re a member we have your back and we‟re only a phone call away.

The Australian Workers’ Union is as shocked as the travelling public by this extraordinary and unprecendented act by Qantas.

Words can’t express our anger at the unilateral decision Qantas management has taken – as well as the impact it will have on all Qantas workers and the thousands of travellers now left stranded in Australia and around the world.

Unions rightly give 72 hours notice before industrial action, but Qantas management has given no notice before this wildcat grounding of their fleet.

Make no mistake: this is an ambush on the Australian people.

We deal with large corporations day in and day out, and one thing we know is that they don’t make decisions like this on the spot.

I’ve already told Qantas that we believe their action is irresponsible, unnecessary and endangering future viability of airline.

At no stage did Qantas request for the Government to intervene – nor use many of the other provisions under the Fair Work Act which could have resolved this dispute earlier.

Let me be clear: the AWU will not stand by and allow our members at Qantas to be unfairly impacted by this decision.

We understand that at this stage, the lockout does not begin until 8pm, Monday 31 October 2011.

Members should also be aware that the Federal Government has now applied to Fair Work Australia to suspend the lockout – we should know the outcome of this application within the next few hours.

The AWU leadership will meet tomorrow morning, the ACTU leadership is meeting this evening and we will notify members of next steps by 11am tomorrow, Sunday 30 October 2011.

We have attached correspondence received by the union from Qantas at 5:15pm today for your reference.

Further information will be provided to members and delegates from their Branch Organiser over the next day.

I must admit to a personal interest in the current Qantas dispute in Australia as I’m due to fly home from Melbourne on a Qantas jet on Thursday. But it means I’ve got a ringside seat in the dispute: one where the TUC fully supports our Australian colleagues. For several weeks, three Qantas unions have been taking limited industrial action over a range of complex issues, mostly about job security and work practices. On Friday, Qantas’ AGM saw CEO Alan Joyce take a 70% pay increase, making him the “$5 million man”. On Saturday, he shocked Australia by announcing that all Qantas planes were grounded forthwith, and that the domestic workforce would be locked out from Monday. The ACTU have demanded that the  airline resume flying and negotiate, with air line pilots’ leader claiming that negotiating with Qantas is “like negotiating with an elephant: all they seem to want to do is stomp on you!” TWU leader Tony Sheldon said, quoting Qantas’ byline, “this is not the ‘spirit of Australia’ that I’m familiar with.”

But there are darker undercurrents to the dispute, which is mostly about Qantas’ business strategy of outsourcing work to cheaper countries in the region, and pursuing an aggressive cost-cutting approach (although it clearly doesn’t extend that to cover executive pay!) Already, Qantas has established low-cost or no frills subsidiaries like Jetstar – heavily influenced by airlines such as Ryanair. And unions are nervous that Alan Joyce would cry few tears if Qantas, like the late lamented Ansett Airways, went bust, to be replaced by a cheaper, offshored airline.

“Airline passengers and businesses that rely on Qantas have the right today to feel very, very angry at what Alan Joyce and his board and management has done by its single-handed decision to ground the airline’s fleet. This has stranded tens of thousands of passengers and will cause even more chaos tomorrow if he doesn’t reverse this decision. The cost to the Australian economy and to Qantas’ reputation cannot be measured. Let it be clear, one man, and one man alone, can immediately cease this disruption and that is Alan Joyce. He owes the Australian public an explanation for this pre-meditated and unwarranted escalation, and should do so at Fair Work Australia today.”

So I hope that has redressed the balance and as this blog is being readied for publication the BBC website says that FWA has ordered a permanent end to the industrial dispute. The BBC’s reporting on this matter has been one sided and lamentable in my opinion.

Alan Joyce – CEO Of Quantas – “Twat Of The Year”

Latest: Statement on the FWA decision Australian unions – the facts!