Pay equality and strong unions will put Britain back to work 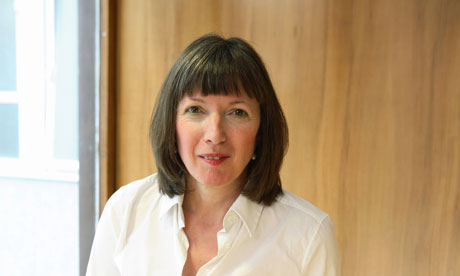 The government’s economic strategy has failed: now we need wage-led growth and an industrial strategy that can create better jobs

Wages for those in the middle stopped rising long before the collapse of Lehman Brothers and the subsequent financial crisis. Photograph: Kirsty Wigglesworth/AP

These are terrible times. We are stuck in the longest double-dip recession since the second world war and the worst slump in modern economic history. We can also say that the most damaging crash has been met by the poorest policy response.

Previous recessions seemed pain-free for many; the unemployed suffered for sure, but most of those in work kept their heads above water. This time we have endured the biggest squeeze on living standards in living memory. More than 2.5 million people are out of work, and are usually on poorer benefits than they would have been under Margaret Thatcher. Another 2 million are underemployed, while those in work have seen their real incomes fall for two years.

We face a triple crisis: no growth, not enough jobs and falling living standards. And yet the government’s sole focus on the deficit means that it is making each of these things worse. Even on its own narrow terms, the policies are failing. Austerity has sucked so much demand out of the economy during a period of global turbulence that the deficit is getting worse.

In the short term there is a growing consensus about the alternative, as even business leaders speak out. We need an immediate stimulus based on infrastructure, transport, green industries and housing, supported by new banks and help for young people that goes beyond “workfare”. Borrowing has never been cheaper, and the markets now see a needlessly depressed UK as a worse bet than one enjoying some demand-driven growth.

But that is not enough. Trying to put the economy back together, Humpty Dumpty-style, to where it was before the crash is just a recipe for another one. The squeeze on living standards precedes the crash. The share of the economy going into wages has been falling since the late 1970s and as that slice of the pie has shrunk, those at the top have grabbed more, doubly squeezing medium- and low-earners.

Real wages for those in the middle stopped rising in 2003, five years before the collapse of Lehman Brothers. Last week we learned that Britons’ disposable incomes are no better than they were a decade ago. Between 2003 and 2008 the economy grew by 11%, but very little of that growth has trickled down from the top.

The growth in inequality and faltering wage growth were not separate from the crash, but a key cause of it. Faced with flat wages, households turned to borrowing to maintain their spending, both here and in the US.

Britain is a textbook case of how growing inequality leads to economic crisis. The years before the crash were marked by a sharp rise in remortgaging and the growth of 0% balance transfer credit cards. By 2008 the UK had the highest ratio of household debt to GDP of any major economy.

What we really need for a truly sustainable recovery is “wage-led growth”. The share of the economy going into pay packets should gently rise, and wages should be more fairly shared. This would not only begin to address the crisis in living standards, but also the crisis in growth because demand would grow in a sustainable manner. Rising wages for the many scores a growth, jobs and living standards hat-trick.

We therefore need an industrial and skills strategy that helps create better jobs, but we also need to look at how to increase the amount ordinary people get paid in the jobs they already have.

This requires stronger measures to keep top pay in check, such as putting workers on corporate remuneration committees. Bonuses for those at the top should be scrapped in favour of policies that reward the team effort that lies behind real success.

For those in the lowest-paid work, the minimum wage has been an enormously successful policy – providing a vital pay floor for more than 1 million workers. But it’s not the whole answer. The government must do more. Why should public sector workers, and those in the private sector who are contracted to provide our public services, be claiming tax credits and in-work benefits because they aren’t being paid decent wages? If politicians are serious about supporting the living wage, they must ensure the lowest-paid workers their organisations employ get a fairer deal than they do at present.

And of course all the international evidence suggests the best way to achieve a better pay distribution is through what the IMF dryly calls measures to “boost the bargaining power of labour”. Countries with higher levels of collective bargaining did much better in holding down inequality, saw smaller rises in household debt and were less vulnerable when the crisis hit.

Modern trade unions are an important part of our society and economy, with a strong role to play in negotiating wages and conditions at work that go beyond the minimum standards set in law. We can argue about whether over-mighty unions in the 1970s were the problem that many say they were, but what is now clear is that anti-union policies both here and in the US helped fuel the 2008 crash, and that stronger unions delivering a fairer society must be part of the road to a future that works.

See also this extensive piece on the women who are changing the UKs trade unions.