Osborne’s Flagship Scheme Is A Flop 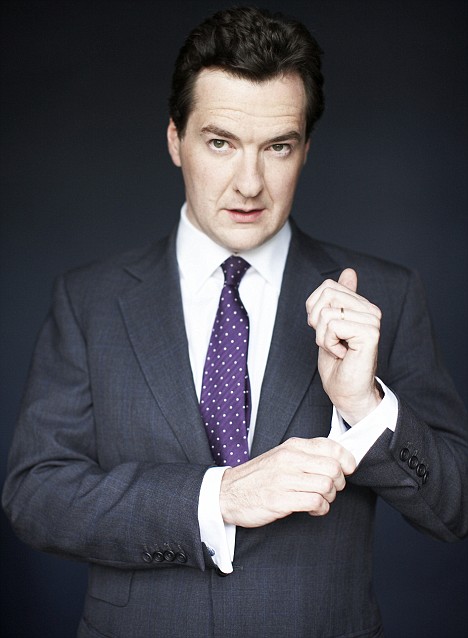 George Osborne: Look – nothing up my sleeve – not even a failed flagship policy

“I have every expectation that when we look back at 2013 we will recognise it as having laid the foundations for a thriving and growing employee ownership sector in the UK.” so said Lib-Dem Jo Swinson, Minister for Employment Relations and Consumer Affairs who was responsible for piloting through parliament the ‘Shares For Rights’ scheme which is proving to be an embarrassment to the Government and in particular to George Osborne whose “flagship” policy it was when he announced it in his March, 2013 budget.

Osborne was convinced that basic rights to redundancy protection, the ability to go to an Employment Tribunal to sue for unfair dismissal and rights to request flexible working were holding back companies hiring new staff!

Now he and Swinson (Vince Cable appears to have kept his distance) are faced with the news that employers are showing little interest in the  scheme – as predicted by unions, employment lawyers and tax experts.

Warnings went unheeded and now the failure of the scheme has attracted the attention of Deputy PM Nick Clegg who has called for it to be ditched.

The ‘Shares For Rights’ scheme was aimed at small companies and their employees who would agree to give up some employment rights in exchange for shares in the company worth between £2,000 and £5,000.

The Government offered a sweetener to persuade employees to consider taking up the “free shares” such as making any profits they make on shares were not subject to capital gains tax.

When the scheme was announced in the Spring of 2013 it was hit with a barrage of criticism including warnings about “tax avoidance” issues and legal issues relating to shareholders rights.

Osborne found it difficult to get employers organizations to back the scheme. The Institute of Directors loyally backed the scheme, but Osborne had to work the phones to get others to make even half-hearted statements. Many employers wouldn’t touch it with a barge pole.

Jo Swinson MP was given the task of getting the scheme through parliament.

In December last year civil servants responding to Freedom of Information requests from journalists eventually conceded they had received nineteen ‘expressions of interest from businesses’ – which could of course include such onerous tasks as a phone call asking for a leaflet!

Nick Clegg has now called it a “pet project” and for it to be scrapped, saying that the money spent on it could be used tax cuts could be made to give workers tax breaks.

The Office of Budget Responsibility, warned it could be used as a tax dodge that might cost the Treasury as much as £1bn a year.

Lord O’Donnell, the former head of the civil service, has described the scheme “as a form of modern slavery”.

Employment lawyers and unions pointed out that that shares in a start-up companies may be worth much less value than employment rights, any profits would be a long, long way off and worthless if a company goes broke.

Given the low level of expressions of interest Osborne could of course kill the scheme off. But even now the Treasury are spinning that: “The employer shareholder status is a radical policy aimed at smaller and newer companies that want to create a flexible workforce. These figures do not in any way represent take up, as it is not necessary for any company intending to use the scheme to notify the government in advance.”

From an article in Tribune 24th January.

Postscript: During his speech to the Fabian Society on January 25th, Ed Balls promised to scrap the scheme. A wise move!