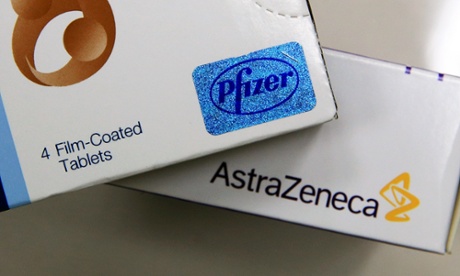 US President Barak Obama has halted so-called ‘tax inversion’ takeovers which hit the headlines when US drug giant Pfizer attempted an acrimonious takeover over Astra Zeneca in May this year.

The US company tried to take over AstraZeneca partly to shift its headquarters to the UK to take advantage of the UKs lower corporation tax rate.

The deal was being waved through by the government, but a sustained campaign by Labour MPs and unions and unions in Sweden saw Pfizer having to withdraw following a grilling by MPs and unions  in the House of Commons and a clear admittance by the company that they wanted to take advantage of lower UK tax rates.

Although Pfizer eventually withdrew, AZ and unions had expected a further attempt by Pfizer to launch another bid.

The US rate of corporate tax is 35% whereas the UK, under the Coalition Government it is 21%, falling to 20% next year.

The measures, stop US companies taking variety of tax-reducing steps, including loading up the US company with debt and shifting profit overseas.

They come into immediate effect with the Obama administration ruling that that companies would not escape tax on US earnings by using internal loans, dividends, share swaps to restructure their companies under foreign ownership and are intended to deter further deals.