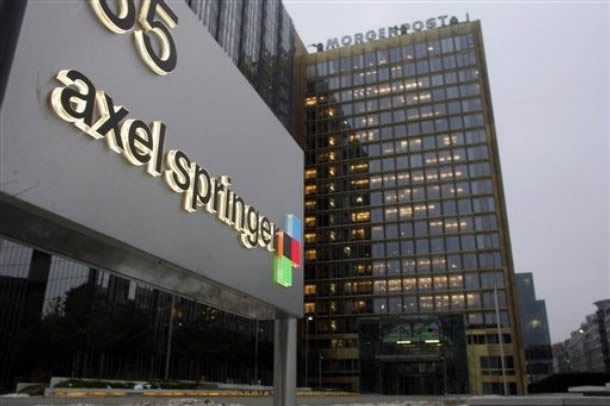 In a significant development, which shows that Government’s can halt media mergers when they put their minds to authorities in Budapest said they blocked the local merger of Germany’s giant media and print company Axel Springer and Switzerland’s Ringier this week because it would strangle media diversity.

The state Media Council said the proposed merger would be an “unequivocal and significant risk” to citizens’ right to access information from a diverse range of sources.

AS is a right-wing giant which owns the Bild tabloid, the highest-circulation newspaper in Europe, making it one of the world’s media behemoths – alongside Rupert Murdoch’s News Corporation and Time Warner.

As well as operating in Hungary, it has moved aggressively into Poland since 1989, where it now owns the best-selling tabloid Fakt and Dziennik, one of the country’s most prestigious broadsheets.

It is also one of the biggest shareholders in number two TV privateer Polsat.

Springer and Ringier bosses revealed in March that they intended to merge their extensive interests in Poland, the Czech Republic, Serbia, Slovakia and Hungary. They said it would give them a dominant position from which to continue muscling in on eastern and central Europe’s lucrative digital and print media sector.

They said that the joint venture would have combined sales of €414 million (£365m).

The partnership would provide “an excellent basis for both companies to substantially expand their core business of journalism in attractive growth markets with five market-leading tabloid dailies, not to mention optimal conditions for the further expansion of the digital business,” Springer spokesman Mathias Dopfner recently said.

But the firm’s rapid expansion into eastern Europe since the restoration of capitalism appears to have stalled for now.

Under Hungary’s Media Act, the recommendation of the Media Council is binding on the Hungarian Competition Office.

Springer’s rapid rise to dominance in German media since its founding in 1946, as well as its consistent support for regressive government policies such as war and austerity measures since then, has sparked protests in the country since the 1960s.