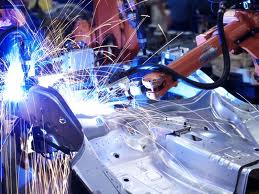 Claims by the coalition government that the UK’s beleaguered manufacturing sector is beginning to show signs of recovery were dealt another blow this week by the reliable Markit/CIPS purchasing managers’ index (PMI), which showed that manufacturing contracted in the first quarter of 2013.

This followed another month of falling output with manufacturing companies cutting back production as demand at home and overseas falls back.

The Chartered Institute of Purchasing and Supply (CIPS) described the situation as the ‘winter of discontent’ extending into March.

The PMI edged higher to 48.3 last month, a small improvement on February’s four-month low of 47.9. To show any sign of sustained recovery the PMI needs to hit the 50 ‘neutral mark’ on a regular basis and then rise upwards.

Outside the automotive and aerospace sectors manufacturers and Unite members working in private companies report that they expect a further decline in production and in order books as output fell at the steepest pace since October last year.

Companies are reporting a lack of confidence and harsh market conditions as austerity bites – incoming – and much needed new export orders contracted for the fifteenth month running in March.

Companies are reporting weak demand in the EU and much stronger competition from the USA and South Asia. The US purchasing managers index showed new orders slowed in March, a month after rising demand boosted the index to its highest level since mid-2011.

Job losses and redundancies in manufacturing were reported for the eighth month on the bounce.

Rob Dobson, senior economist at survey compiler Markit, said the onus was “now on the far larger service sector to prevent the UK from slipping into a triple-dip recession”, while the Engineering Employers Federation   chief economist Lee Hopley said that “another month of falling export demand” was of particular concern.

The fact is that the government’s lack of an overall industrial strategy continues to drag manufacturing down. And despite weekend press reports that a triple dip recession could be avoided, the government’s hopes of avoiding another credit rating agency telling George Osborne the AAA rating is down are looking decidedly shaky.

The only good news for the government (if you call it that) was the announcement that KFC would create 1,600 new jobs in their fried chicken outlets – and the fact McDonald’s has reported improving sales in the UK and Domino’s pizza delivery service reported a 10 per cent improvement in annual profits despite sales growth slowing due to closures.

Hardly a strategy for re-balancing the economy is it?

The government must up its game and develop the interventionist strategy companies and workers in manufacturing have been calling for including a strategic national investment bank to drive innovation, jobs and growth.