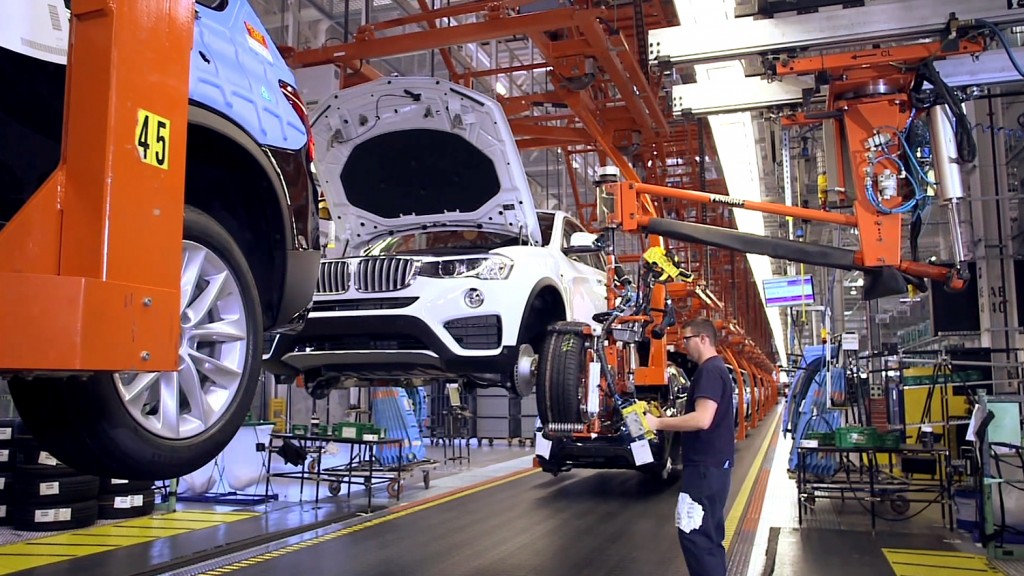 The Brexiters’ alternative is a zero-hours, low-skill, low-paid economy

Economics professor Patrick Minford, who supports the Brexit campaign, said recently that ‘if we left the EU, it seems that we would mostly eliminate manufacturing.’

Minford – who was a major proponent of Margaret Thatcher’s economic policies in the 1980s – says this wholesale elimination of manufacturing post-Brexit ‘shouldn’t scare us’. In fact, he said we should welcome it. He also went onto say that new imported BMWs and brie would be cheaper too.

But what if the Brexit Prof is right? What would happen if UK manufacturing eventually disappeared?

Firstly 2.6m jobs would be gone. Manufacturing accounts for nearly half of all our exports at 44 per cent. Business research and development in the UK would take a massive hit, as 69 per cent of R&D is spent on manufacturing. We would say goodbye to our position on global league table – we now stand seventh in the world in terms of manufacturing output.

Although the services industry dominates the present UK economy, manufacturing still represents 10 per cent of our GDP and is a major contributing factor in driving productivity – a key measure in the long-term health of the economy and working people’s living standards.

Unlike services, which Minford said we should embrace as we give up on the business of making things, manufacturing provides well-paid, highly skilled jobs. Average annual wages in manufacturing stand at nearly £31,000, compared to only £26,500 in services.

But the future health of manufacturing in the UK is, in Unite’s view, very much dependent on the UK’s continued membership in the European Union.

The Engineering Employers Federation, which represents the UK’s manufacturers, notes that the EU accounts for 18 per cent of global output – and the UK sells 50 per cent of all its exports to the EU. The EU is also a major driver of innovation in the UK – it invests £11bn each year on innovation programmes, of which 15 per cent is invested in the UK.

What’s more, the leading destination for foreign investment in the EU is the UK.

Manufacturers are united in their belief that the UK is better off remaining in the EU.

A recent EEF survey says that 84 per cent of UK manufacturers believe being part of the EU is a positive aspect of the UK business environment.

The survey also showed that an astounding 50 per cent of manufacturing companies would be less likely to increase investment if the UK were to leave the EU.

Other important manufacturing trade bodies including the Society of Motor Manufacturers; the Chemical Industries Association; ADS – the body which represents the aerospace, defence, security and space industries; the Ceramic Federation of Great Britain and others support the remain campaign.

A some of the UK’s top manufacturing companies employing thousands of trade union members including Airbus, Siemens, Nissan, Ford, Rolls-Royce, Cummins Engineering,  BAE Systems, Unilever, Astra Zenca, BMW, JLR, BP, Pearson Publishing, GE, GKN among others, have publicly stated it is in the UK’s interest to remain in the EU.

An open letter signed by some of the UK’s top engineering companies said:

“British engineering is deeply integrated with global markets and companies. If Britain votes to leave the EU, the period of uncertainty about the terms on which access to these markets would be granted would be a threat to the sector. Brexit would be a loss of automatic access to the EU market.”

The UK’s main manufacturing unions, Unite, GMB, Community and USDAW have all come out in favour of remaining in the EU.

Of course Brexit supporters have dismissed this overwhelming support arguing we can go it alone and other countries would beat a path to our door. What nonsense. They say we can negotiate our own trade arrangements with EU countries, the USA and the rest of the world. This is naïve at best.

Big trade deals take years to negotiate. What do we do in those five or more years before new trade deals are agreed? Investment dries up, tarrfifs get imposed – chaos looms.

President Obama made it clear, much to the chagrin of the Brexit brigade that the UK would be at the back of the queue in any trade negotiations the with the USA if we were to leave the EU.

Outside of the EU, we won’t have the power of being in a market of 500 million people, we will be in a market of only 60 million. What do the Brexiters think the US and EU countries will do if they want a trade deal with us? It won’t be a negotiation – they will probably send a fax saying ‘sign here’.

No modern, developed country can exist without having a strong manufacturing base. What would happen is that the UK would have a perpetual zero-hours, low-skill, low-paid economy with a race to the bottom.

Once high-skill, high-wage manufacturing jobs are gone, they will not come back come back and those UK workers looking for good jobs will move overseas and they’d take their skills with them – we would lose the best and the brightest.

The decision to stay in or leave the EU will have monumental consequences for the future shape of our economy. Do we want a world with better jobs for our children and protection in the workplace? Or one in which we’re in free fall in a race to the bottom? The latter is the Brexit option.