Len McCluskey to stand for re-election in Unite 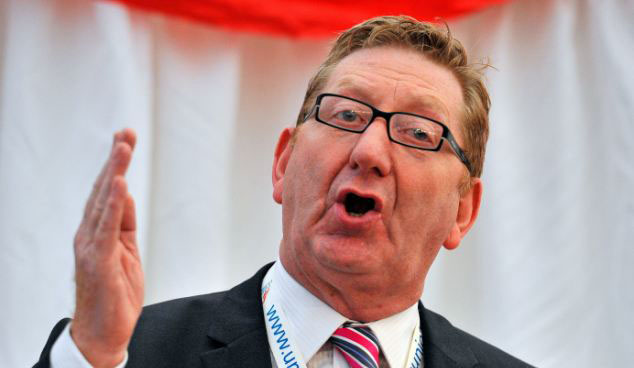 After it was announced that Unite would be holding an early General Secretary election earlier this week, it was widely expected that Len McCluskey would be standing for re-election. Len has confirmed that he is restanding, releasing the following statement which was first published on LabourList.

“This week the Unite Executive Council voted to bring forward the election for the position of general secretary of our great union. Unite members will now be balloted in 2013 to decide who will lead our union over the next five years.

The decision is a wise one.  Freed of the distractions of an internal election in 2015, we can focus on the general election and the defeat of a Tory-led government that has done so much to undermine the living standards of the ordinary, decent people of this country.

It dripped with contempt for the people of this country. No plan for growth or jobs, little support for our businesses and no hope for our kids.

Yesterday, Remploy factories were summarily shut, chucking hard working disabled people onto the dole before Christmas with little hope of future employment.  Next week the Welfare Uprating Bill will come to the Commons sentencing millions of people to lives of grinding poverty.

Bit by bigger bit, the social fabric of our nation is being ripped apart by millionaire ministers with no compassion for or understanding of the lives of ordinary people.

They are determined to divide our country, setting public sector workers against those in the private sector and those in work against those unable to find it.

Against this backdrop, I have decided to stand again for re-election as general secretary of our great union.

Since I came to office in 2010, I have worked with the talented people in our union to create a climate of tolerance and unity within Unite, essential to make us effective in delivering for our members and in keeping with this movement’s finest traditions.

We have come a long way in the last two years.  We have launched our leverage strategy and led the movement in innovative industrial campaigns to defend jobs, wages and conditions of employment.

Our 100% Campaign is building strength and confidence in our workplaces.  Our legal services have been reshaped to ensure that, despite this government’s attacks, our union will continue to deliver access to justice for working people, whatever their income.

The creation of Unite credit unions in each region will challenge loan sharks and give our members somewhere to turn in their hour of need beyond the growing number of exploitative payday loan companies.

Our new website and mobile phone service put Unite at the forefront of e-communications. Our community membership programme takes us out to the streets, helping to tackle the apathy and isolation felt by some of the most vulnerable within our society.

With our schools programme and retired members plus scheme, energy is flowing through our union at every level.

Our political strategy is changing the way our union interacts with the Labour Party and seeks to reconnect it with the values of the working people it aims to represent. We are proud to be playing our part, working with the CLASS think tank, to push an alternative to the discredited neo-liberal agenda at the heart of government policymaking.

Many of our key projects are still very much in their infancy, however.  There is much more I want to see us do.

The matter under consideration at our Executive this week has been the prospect of continuity and what that could bring to our union.

Would my continuation in office for an additional two year period be beneficial to Unite and the members we proudly represent?

I believe the answer is yes.

Not just to solidify the foundations of our vision, or of our new found unity, but to confront the evident and serious challenges before us.

If re-elected, I am determined to use my continued leadership of Unite to ensure our members’ voices continue to be heard loud and clear across the labour movement.

Unite is uniquely placed within the TUC and Labour Party to influence the direction of both. We are striving to build the broadest possible coalition of resistance to the cuts tearing at our nations, and are clear that Labour must be bold in its thinking if it is to go to the electorate with a manifesto that will win back the millions of voters lost over recent years.

I don’t take anything for granted.

I know that I will need to convince our members if I am to secure their support for a refreshed mandate.

But all that we hold dear as a society is at risk; we are in a fight for the very future of our nations.

I will not walk away from that fight”.