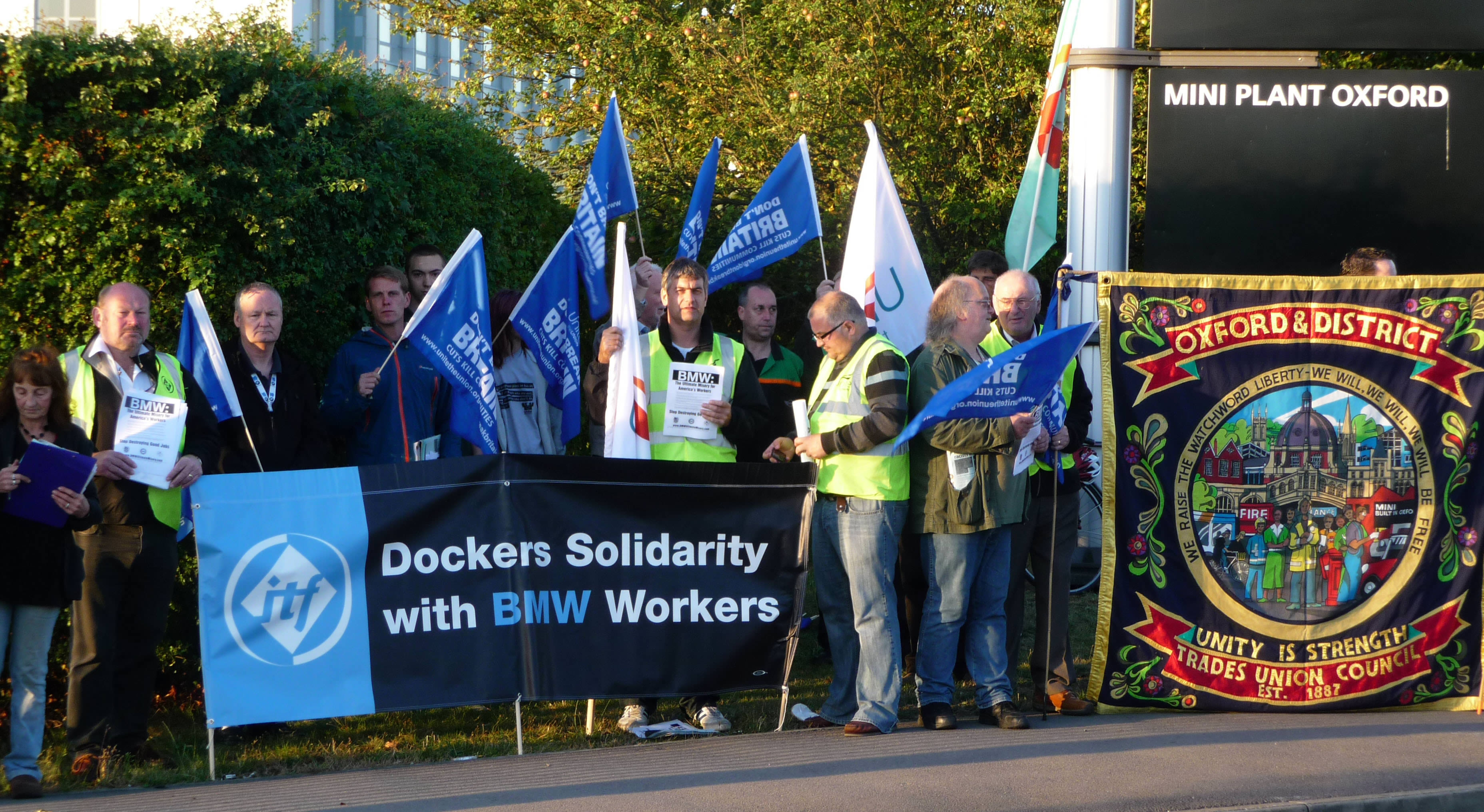 Bimmerfest is an event for and by BMW enthusiasts, where thousands of proud owners of vintage and late model BMWs display their cars. Many of them were dismayed to hear about BMW’s decision. They expressed concerns about lengthy delays that could result from bringing in low-wage outsourced workers to do the job of long-time members of the BMW family.

“It’s shameful how they are treating their employees, many of whom have worked at the facility for 10, 20, 30 years. BMW would never treat their workers in Germany this way,” said Bob Lennox, Secretary-Treasurer of Teamsters Local 495 in Covina, Calif.

BMW hired the union-hostile law firm, Jackson Lewis, to help it make a mockery of U.S. plant closing laws and swap good, family-supporting jobs for dead-end jobs. These longtime BMW employees will be thrown onto the already full unemployment lines, leaving them and their families without health care.

Each weekend, Teamster members and their families have also been protesting BMW’s greed outside BMW dealerships across the United States. The protesters are distributing leaflets to inform BMW customers about the company’s treatment of its American workers and communities.

The German automobile giant Bavarian Motor Works AG is America’s most popular automaker for luxury-class autos. BMW had the highest earnings ever in its 95-year history last quarter. It had global sales of almost $81 billion in 2010, or about $848,000 per employee, ranking it number 82 on Fortune’s Global 500 Companies. BMW also received over $3.6 billion in secret low-interest loans during the 2008-2009 U.S. taxpayer bailout.

Founded in 1903, the Teamsters Union represents 1.4 million hard working men and women in the United States, Canada and Puerto Rico.