KCK statement on the arrest of MP Leyla Güven 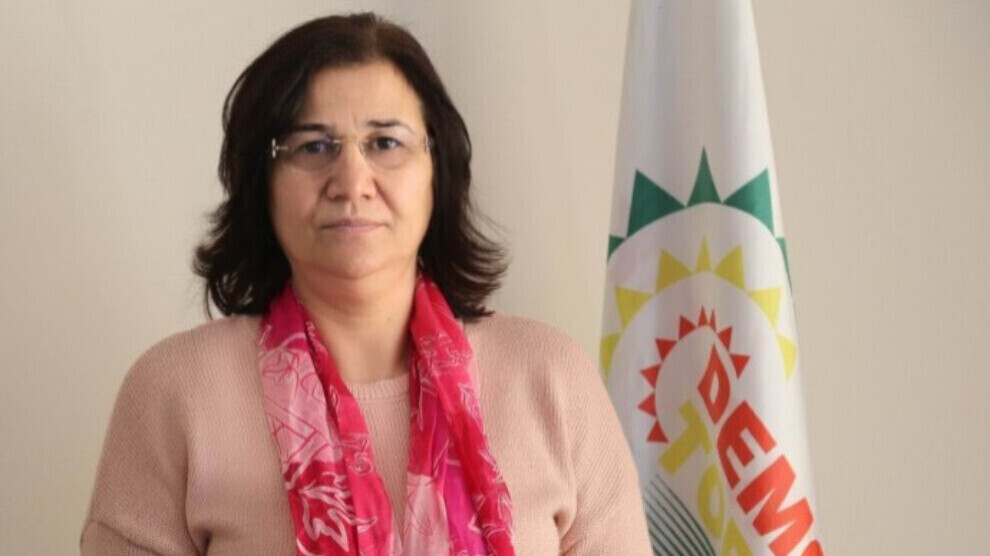 The arrest of Leyla Güvenexposes the reality of the Turkish State

Tens of MPs and mayors, hundreds of leading HDP members and thousands of democratic politicians find themselves imprisoned in Turkey. The arrest of tens of thousands of politicians demonstrate the hostility against the democratic forces and the Kurdish people. Such a high number of politicians have only been thrown into prison at times of fascist military coups or under fascist governments.

For the first time in Turkish history, we witness such a vast number of imprisoned politicians. Turkey has broken the global record when it comes to the number of political prisoners in relation to the country`s population as a whole. This alone shows how fascist and genocidal the Turkish state is.

The Turkish state tries to deceive Turkish society and the international public opinion by claiming that they are going to make reforms. At the same time, there is an increase in the number of political prisoners. The arrest of Leyla Güven, co-chair of the DTK (Democratic Society Congress) and MP for the Hakkari district, has once again exposed the reality of the Turkish state in all its clarity. These kinds of arrests signify what they mean by ‘reform’.

Their reform means passing new fascist laws. It is very likely that they will try to cover up this fascist pressure by taking certain deceiving side-measures afterwards. By arresting 100 people and releasing just five of them, they will claim that they have made a justice reform. Turkey is by all odds number one  internationally when it comes to injustice. Even Turkish authorities themselves are afraid of the possible dire consequences of such injustice. That’s why, from time to time, they make some claims about reforms and try to raise the expectation of the domestic and  international public opinion.

The AKP government is waging a special psychowar against everybody. It threatens everybody to either legitimize and support the current government or face more pressure. It pressures the HDP and all democratic politicians and tries to force them to surrender. Since they don`t give in, the arrests and the pressure increase.

Leyla Güven has been arrested because of her free spirit and her insistence on democratic politics. Everybody who comes out against AKP’s anti-democratic and anti-Kurdish AKP policies soon becomes a target for this  government. Today, they want to punish Leyla Güven for her determined participation in the indefinite hunger strike that took place in 2018 against the isolation and solitary confinement policy in Imrali prison island against the Kurdish people’s Leader Mr. Abdullah Öcalan. This arrest is a total act of revenge. She had only been released from prison before, in order to arrest her again at the right time. In order to pave the way for her arrest, they revoked her parliamentary immunity.

Shortly after her detention, an arrest warrant was issued and she was put into prison again. Leyla Güven was imprisoned because of her commitment to the Leader of the Kurdish people and because of her struggle for his freedom. Thus, her imprisonment represents a threat to all Kurdish women and to society as a whole because of their commitment to our Leader.

Turkey`s justice institutions and courts don’t follow the social and universal standards. People are being arrested and punished solely on the grounds of Tayyip Erdogan’s need for revenge and Devlet Bahçeli’s desire. It is well known under which circumstances Selahattin Demirtaş and Osman Kavala are being held in prison. When the European Court of Human Rights ruled for the immediate release of Selahattin Demirtaş, Tayyip Erdoğan openly said that they would take their own counter-measures and keep him in prison.

This is the story of all political prisoners in Turkey. Thus, Tayyip Erdoğan has confessed that the universal standards of law, the constitution or the current laws are not applicable, but the only applicable laws are their very own standards.

They have made clear to Leyla Güven what they will do to her, if she speaks out against the isolation on Imrali and embraces her Leader. Therefore, all women, democratic forces and the Kurdish people need to take responsibility for Leyla Güven and increase their struggle for the end of the isolation – this most important motivation for Leyla’s struggle.

Without the struggle against the isolation on Imrali this political genocide won’t be prevented and all those revenge attacks won’t be stopped. The imprisonment of Leyla Güven needs  to lead to the intensification of the struggle for an end to the isolation policy in Imrali.

Unless fascism and isolation policies are abandoned, it will be impossible to achieve freedom for the Kurdish people and all prisoners. Therefore, it is time to step up the struggle against fascism and isolation and thus achieve freedom everywhere. Freedom and democracy will be achieved together in Turkey. Neither individual liberation, nor a one-sided solution will be possible.

The democratization of Turkey and the solution of the Kurdish question will be the result of the struggle against fascism and isolation that will lead to the collapse of the AKP-MHP fascism. Without toppling this government, not a single problem in Turkey can be solved. Expecting only the smallest reform from this government, would mean nothing else but self-deceit.

Having expectations in this government or blindly following it, will only prolong its life. Therefore, we call on all democratic forces in Turkey, the youth and women and the whole Kurdish people to step up their struggle and bring an end to fascism and isolation.