‘If Rebekah Brooks had any respect for Murdoch, she would resign’ 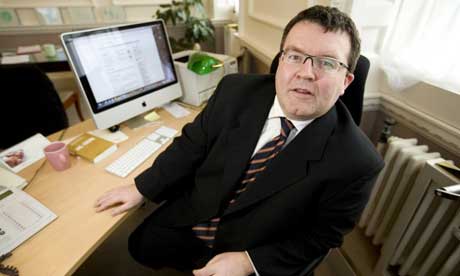 This is a great article from Tom Watson MP on what is going down and should happen in the News International phone hacking scandal – a “must read’!

“Part of me wants to scoff at the idiocy of the people who are paid staggering amounts of money to represent the interests of Rupert Murdoch. My God they’ve let him down. Then I think of the parents of the Soham kids and remember why the campaign cannot stop. And I think of my own children. My gentle, beautiful boy, frightened by the nasty man at the door during the Damian McBride affair. And I remember my sense of helplessness, when I couldn’t keep him, his mum and sister safe, even in our home. It took me to the brink – but that’s another story.

In the autumn of the media patriarch, Mr Murdoch’s love of his own children is the one touching piece of a drama, played out over years and decades, that has pulverised careers, relationships and lives.

I’ve read with a sense of sympathy how Mr Murdoch’s daughter has been financially endowed after her TV company was purchased by News Corp. James Murdoch, schooled at Harvard but not in life, shipped off to New York before the court at the palace of Wapping disintegrates. This is a father getting his house in order before time takes its inevitable toll on one of the most remarkable figures of the last half century. It’s touching. It’s sad. I admire him for it, but it doesn’t take away the scandal.

Those cowards who work for Murdoch owe him too. They’ve lived high on the hog in the good times. Their judgement day is round the corner. If they cared for the old fella, they’d own up now before the whole operation sinks in shame.

News International’s approach to a saga of mass criminality is one of dumb insolence. Denial in the face of the facts may work on the Sun comment pages, but not in a court or law – or in a Parliamentary inquiry.

I didn’t look for this inquiry. Two days after my election to the culture, media and sport select committee, Nick Davies broke the phone hacking story in the Guardian. Back then, News International claimed that the Guardian had “substantially and likely deliberately misled the British public”.

The chairman of the DCMS committee, John Whittingdale, bravely re-opened the hacking inquiry. I’d joined the committee to have a quieter Parliamentary life; phone hacking landed in my lap. News International’s lawyers tried to remove me from the committee. Their reason? I was suing the Sun for libel and therefore had a financial interest. Like I said, dumb insolence doesn’t work in Westminster.

Since taking on this campaign, I’ve met the people who have had their lives turned inside out by illegal invasions of privacy. They’ve told me of their depression, sleepless nights and fear. They’ve told me of lost friends and loved ones. I’ve seen grown men well up in tears as they’ve realised the extent of the intrusion into their personal lives. They’ve shared their thoughts of suicide. I’ve seen the anger when victims realise it wasn’t just them that were targeted – but their children and loved ones. I wonder how Rupert Murdoch would feel if his daughter was put through that?

Yesterday, the politician with most influence over the Metropolitan police tried to make light of the inquiry. Boris Johnson, writing in the Telegraph, said

“Like a bunch of crazed lottery winners, they are now gathering around the News International cash register, waving and jabbing at the gold-ticket police letters confirming that they are victims of unlawful surveillance techniques”.

I wonder if Mr Johnson was aware of the alleged hacking of the family of the children murdered at Soham when he made those fatuous remarks? He might like to withdraw them. We know that Milly Dowler’s family were targets for a previous investigator hired by News of the World.

As Wapping really starts to leak – like a rusted, rotten sieve – I hope those bullies are getting a flavour of the misery they have casually meted out to people over many years. Even now, as the chaos envelops the bunker, they still don’t get it.

It’s unbelievable how many NI insiders are seeking me out to tell me their stories. The acolytes are slipping away, hanging their heads, keeping quiet when they used to speak out. I’d like to think they’re a little ashamed, but that’s probably too much to expect.

I understand that in the deepest bunker at fortress Wapping, the secret team of investigators is compiling a database. As they sift through the “newly discovered” evidence, their alarm grows by the day. Each time a significant fact is found it is added to the database. Day by day, byte by byte, the true picture emerges. It’s a slow process – there’s a lot of data to sift.

So the latest gesture of regret will not end the barrage of questions, indeed it creates new ones:

Why are News International offering compensation to Mulcaire’s victims from 2004 onwards when you we know he was first paid by the company in 1998?

What measures are they taking to investigate work of other private investigators employed by other newspapers in the News International group?

Why has Rupert Murdoch not asked the police to include the audio tapes from the Jonathan Rees case in their inquiry?

Who employed Jonathan Rees when he came out of prison in 2005? How much was he paid? What did he do?

If the newspaper reports that the payments to Gordon Taylor were in the region of half a million pounds are accurate, why do News International want to pay a maximum of a fifth less to the other victims?

If they want to cooperate fully with the police inquiry, will News International offer to open up the court files in the Taylor case for the Metropolitan police to study?

I can’t help thinking that News International felt that Friday’s admittance of guilt would mark the end of the phone hacking saga. There’s an axiom in politics that you can delegate power but not responsibility. The top brass in Wapping have been immune to this rule for many years. It’s something they find hard to accept. Yet accept it they must. They’re in a mess and one of them needs to take responsibility.

If the chief executive of News International, Rebekah Brooks, had any respect for herself and her benefactor, she would offer her resignation to Rupert Murdoch this week. Go now. Take responsibility. Just this once.

This entry was posted in Politics. Bookmark the permalink.