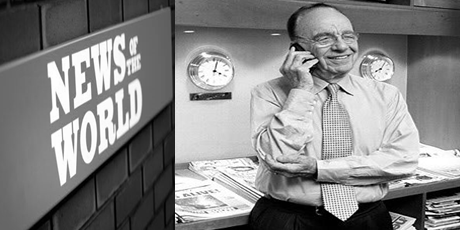 As new information comes to light in ‘hackgate’ almost on a daily basis, News Corporation has finally admitted that it was involved in the phone hacking of the mobile phones of celebrities and politicians on a serial scale.

Murdoch is offering a deal to those he thinks he can buy off to stop more revelations about law breaking on a serial basis.

More journalists and managers face being investigated for any misdeeds, but as with any scandal, the revelations will go probably go higher up the chain of command in – thats why Murdoch wants to try and draw a line under the whole issue – and to protect the lucrative BSkyB deal.

Some politicians – notably John Prescott – are calling for the takeover to be suspended until a public inquiry shows the full extent of News Corporation’s privacy invasion and law-breaking.

A nationwide call for an inquiry could halt this deal.

Sign the urgent petition to halt the takeover and investigate the hacking by clicking here.