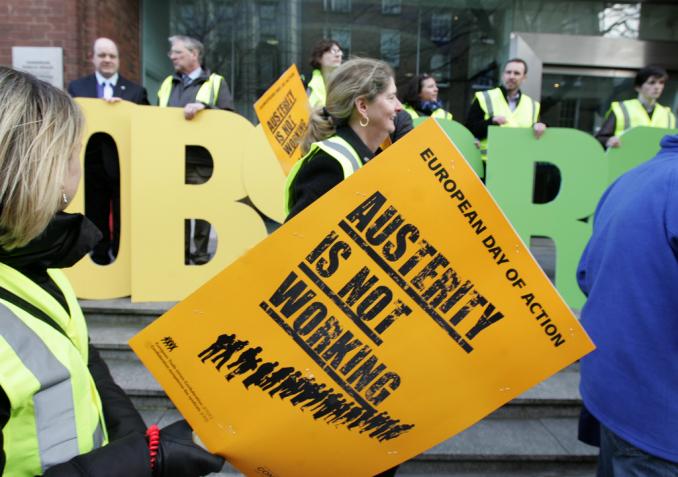 The European TUC has warned EU leaders that the EU needs to tackle unemployment or risk losing the support of the European people.

Speaking at the ‘Conférence des Ambassadeurs’ in Paris with Laurent Fabius the French Foreign Minister and Walter Steinmeier, the German Foreign Minister, Bernadette Ségol, General Secretary of the European Trade Union Confederation warned Europe risked establishing a European Union which does not have the support of ordinary Europeans.

Attacking EU policies that included cuts in public spending, wages and benefits, and policies which undermine collective bargaining and job security she said: “Social progress seems to have become an obstacle to Economic and Monetary Union rather than its objective”.

“The danger today is to build a Europe without the support of Europeans or worse, against the wishes of Europeans.”

She urged the EU to adopt ETUC proposals for a large-scale investment plan to boost manufactuting, industry and employment, as part of a transition to a more sustainable economy.

Ségol noted that the new President of the Commission, the ECB President, and the French Government have all recently supported the idea of a large public investment programme.

Full speech – in French only.