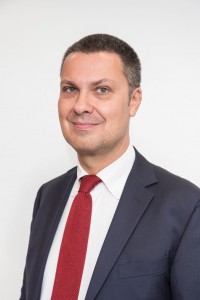 The people of Scotland are no strangers to momentous decisions and on June 23rd they will be asked to make another.

As an Italian, I have no particular reason for getting involved, although there are enough people of Italian descent in Scotland.

But as the leader of Europe’s 45million trade unionists I do, and my strong view is that I hope Scotland will vote to remain in the European Union .

As a trade unionist, I value the role Britain’s trades unions have played and, I hope, will continue to play in the work of the European trade union movement.

We are an internationalist movement and know well that we are stronger when we are united in the face of bad bosses and free-market politicians.

I want Scottish trade unionists to continue to play a leading role in fighting for social justice, fairness and equality in Europe.

People will make up their minds on EU membership for a variety of reasons. But I would urge Scotland to consider three key issues…

In each case, my experience as a trade unionist is that Scotland – as well as England, Northern Ireland and Wales – will be better off in Europe.

Scotland has been a trading nation for centuries and this trade creates jobs.

They are usually better paid and more skilled jobs than in the services sector. So losing access to a market that stretches as far as Cyprus, and EU trading agreements worldwide, hits the Scottish economy – especially decent jobs.

A third of a million jobs in Scotland are associated with trade with the rest of the EU. That’s one in six of all private sector jobs and more than 125,000 jobs in manufacturing.

No one would argue that all those jobs would be lost if the UK left the EU but many of them would be put at risk. Is that really “a price worth paying” as some Leave campaigners argue?

The economic impact on Scotland’s private sector would be mirrored in the public sector. Tax revenues would decline and the benefits bill would increase.

This pressure on public funds would be felt by public services such as the NHS.

Working people would also risk losing some rights at work. Scottish trade unionists have fought for better conditions for working people for generations. In recent years, they have been able to unite with powerful trade union movements in Scandinavia, Germany and across the EU to embed rights at work in EU laws.

Tens of thousands of Scottish workers got paid holidays for the first time when the EU’s working time directive was introduced and many more got increased holiday pay.

More than 600,000 part-time workers and 60,000 temporary workers have secured rights to fair and equal treatment and pregnant workers and parents are protected from arbitrary treatment by their bosses.

If the UK left the EU, those rights would be at the mercy of the Tory Government in Westminster – who have demonstrated they are no friends of working people in Scotland or anywhere in the EU.

They have led the call for deregulation in the EU and attacked many of the rights not guaranteed by the EU, such as the cost of taking bosses to employment tribunals or protections for workers transferred into the public sector.

The European Trade Union Confederation that I lead believe Europe must do far more to protect workers against the chill winds of globalisation. And we believe the benefits of increased trade should be shared more fairly.

We need to plug the gaps in EU laws covering temporary agency workers and workers posted away from home. But when we make that progress, none of it will help workers in Scotland if it is not part of the European Union.

Finally, consider the future of the children of Scotland. Outside the EU, they would find their opportunities reduced, their life chances restricted.

As well as the impact on the economy – fewer good quality jobs, lower wages, higher prices – their freedom to travel for work or study would be curtailed.

These are some of the choices that will be before the Scottish people on June 23rd. It is of course up to them how to use their votes. It’s not my place to tell them how.

But as a trade unionist and as a fellow European, I agree with the majority of trades unions in Scotland – and across the UK – that voting to leave is a risk not worth taking.