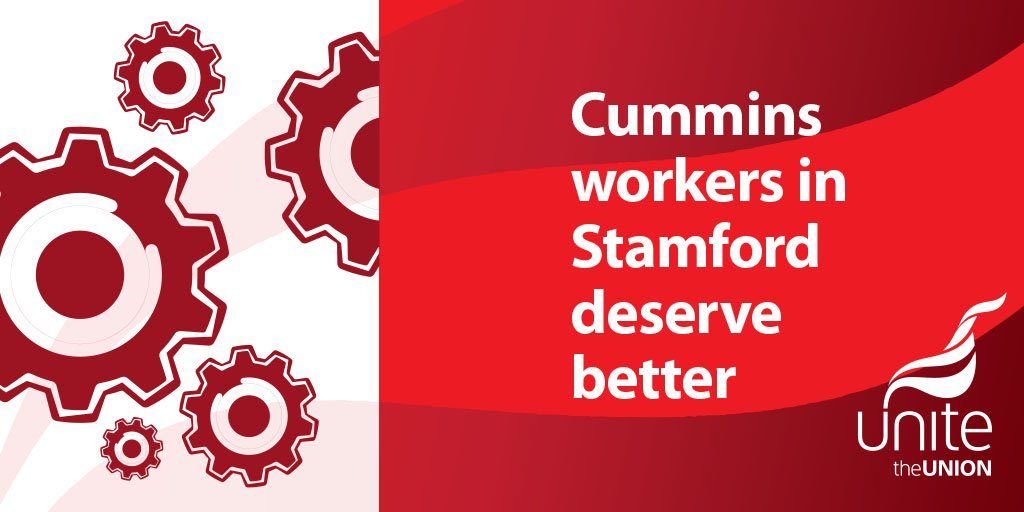 News that Cummins Generator Technologies is shutting its facility in Barack Road in the next 12 months has rocked the Lincolnshire town of Stamford.

Production of the company’s alternators, which power traffic lights to hospitals, will be moved to Romania, where labour costs are four times cheaper, ending 100 years of manufacturing at the Barack Road site.

Workers feel deeply betrayed. In 2010 they agreed to a five year pay freeze and gave up their terms and conditions, including big pension cuts, to save the plant on the understanding that their jobs would be protected.

Now that the decision has been made to close the site, local management is trying to fob them off with an insulting one-off, so-called transition payment of just £3,500.

These are decent, hardworking people who have given up so much to safeguard this site. All they want is to be treated with dignity and to secure a financial package that recognises their hard work and sacrifice over the years.

Cummins always says how proud it is of its core values of dignity and respect, and doing the right thing. They have gone missing on this closure.

Sign our petition here urging Tom Linebarger, the chairman and CEO of Cummins, to intervene and do what’s right for the Stamford people losing their jobs after years of dedication.