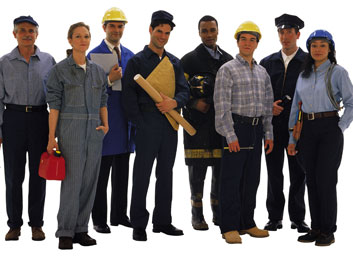 Two thirds of employers are exploiting loopholes according to employment lawyers Eversheds.

The Agency & temporary Workers legislation provides for equal treatment for the UKs 1.4 million agency staff and came into force in October 2012, giving agency workers who work for an employer for more than 12 weeks the same rights to pay and most benefits as permanent workers.

However the Eversheds survey of 143 companies found that 17% were using the “Swedish derogation”, an ‘opt-out clause’ used by companies including major retailers, logistics and in manufacturing.

Other dodges being used include creating jobs that make workers ‘self-employed’, companies creating ‘new starter’ rates for permanent staff, thus reducing the rates of pay they have to pay to agency workers. Other companies are using short-term assignments that end before the 12-week qualifying period concludes to avoid the rules and some companies have set up an ‘in-house group’ of temporary workers to whom they do not have to pay equal wages, or have contracted the work out to a managed service company.

Brendan Barber of the TUC said: “The directive was intended to make it harder for employers to get away with treating temps like second-class workers and give this often vulnerable group pay and conditions more in line with their permanent colleagues. That’s why the suggestion that employers are already using loopholes to get around their responsibilities under this relatively new law is so disappointing. Unions will be wise to employer attempts to undermine the directive and if, as the evidence comes in, it appears there has been widespread avoidance of the law, the TUC will have no choice but to put in a formal complaint to the European Commission about the UK transposition of the directive.”