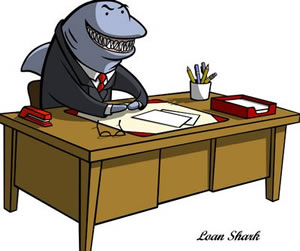 The “cash for lunches” scandal has shone further light on a government report which proposed that employers be allowed to sack workers at will – if the employer thought they were unproductive or “coasting”.

Venture capitalist Beecroft, who has donated £593,000 to the Conservatives since Cameron became Tory leader in 2005, said companies should be allowed to sack ‘unproductive workers’ at will.

He said: “While this is sad, I believe it is a price worth paying for all the benefits that would result from the change.”

Following the cash-for-lunches row, civil servants are said to be concerned about the involvement of a major Tory donor in the government’s policy-making process.

Cameron’s allies argue Beecroft had not joined Cameron for lunch at Number 10 or Chequers and say there is no suggestion his companies would have benefited directly from the reforms. The report, submitted last year, remains unpublished.

There are possibly two reasons for this. One, is the involvement of the soon to be permanently departed blues sky thinker Steve Hilton, who proposed a raft of barmy ideas and the second is that the proposal is said to be “too sensitive”. It is suggested the report also included watering down maternity rights.

One official described it as:“Full of the Tory millionaires’ philosophy that government should not interfere in anything.”

Although the Beecroft report remains unpublished, that of the Free Enterprise Group, a shadowy right wing Parliamentary pressure group which has overlapping membership with the so-called Trade Union Reform Campaign, has been published and co-incidentally calls for reform of maternity/paternity rights and an exemption from dismissal law for micro businesses.

Beecroft is a leading private equity and venture capitalist. He joined Apax Partners in 1984 and grew its funds to $20bn before retiring. He is now chairman of Dawn Capital – which owns Wonga, the online short-term high-interest loans company. There is growing public concern at “pay day loan” companies and the massive interest they charge vunerable people. He is estimated to be worth £100 million.

But it is reported that Beecroft’s plan was taken up by Cameron and George Osborne. Allowing a company to fire at will without a right to claim unfair dismissal – and in return they would just get statutory redundancy pay.

Vince Cable, the business secretary, said he did not want to bring in a ‘hire and fire culture’ and there was little demand for such changes.

A ‘compromise’ was reached with Vince Cable agreeing to consider “no-fault dismissal” for firms employing fewer than ten people. These are described as ‘micro-companies’, which is nonsense. These companies employ millions of workers, in many sectors including manufacturing, retail and in the private sector – many of them women and many are younger workers.

No wonder the government are keeping quiet – a report by a multi-millionaire who runs a pay day loan company proposing to sack workers for good reason, bad reason or no reason at all isn’t quite “we are all in this together” is it?