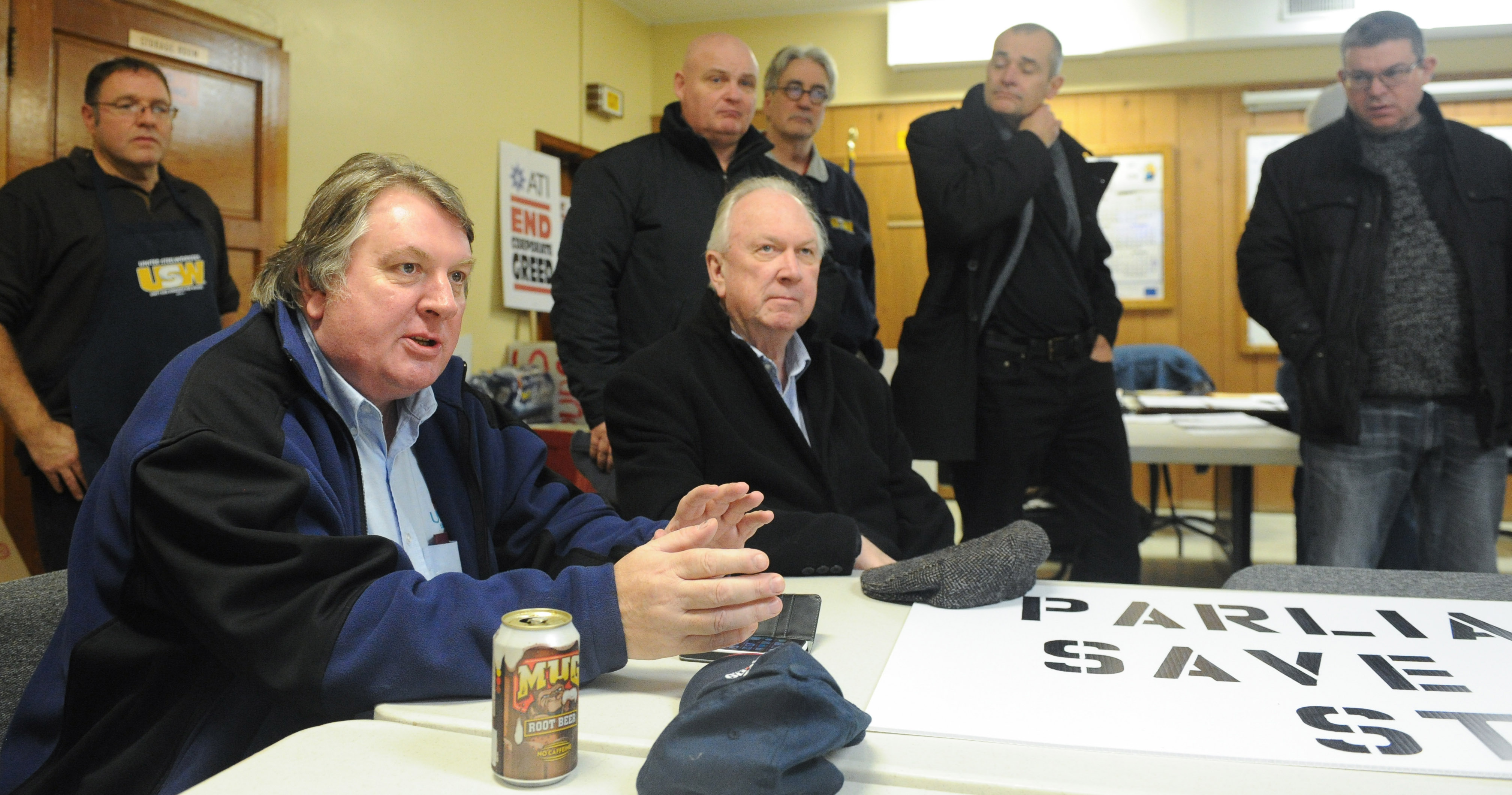 Members of United Steelworkers Local 1196 in Brackenridge, locked out of the ATI plant since Aug. 15, hosted a group of nine officials from UNITE, the biggest labor union in Great Britain and Ireland, with 1.4 million members.

“Them coming here was their expression of support and solidarity for us,” said Fran Arabia, USW Local 1196 president.

The UNITE officials’ visit came about two weeks after Arabia and former Local 1196 president Walt Hill visited Great Britain at the invitation of the USW International.

They spoke at a rally in Sheffield, England, where ATI has a steel plant, telling them about the lockout that has idled 2,200 workers at 13 ATI Flat-Rolled Products plants in six states. The Sheffield plant is not affected. 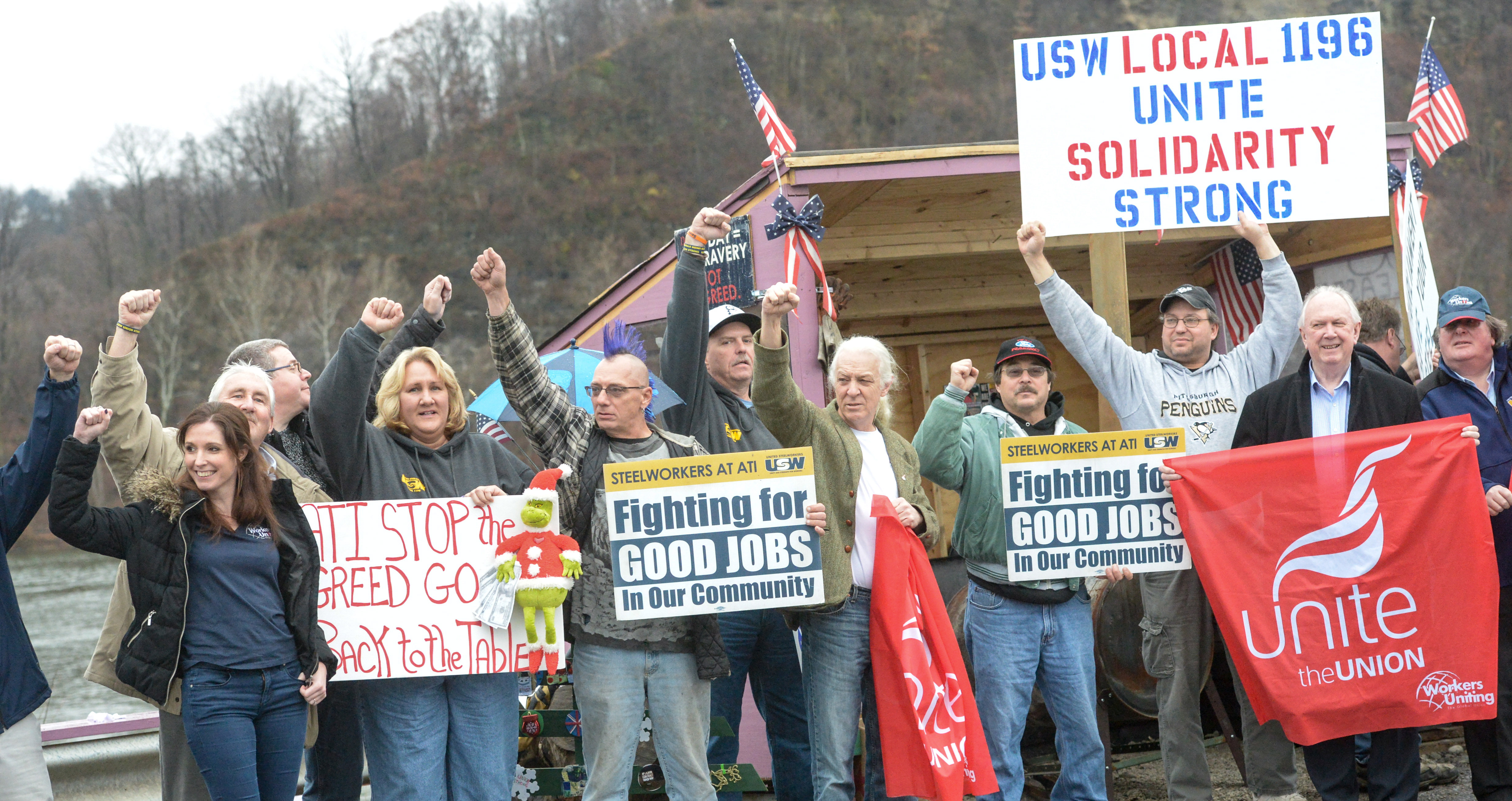 Burke said that kind of clout is needed in today’s world.

“If you are a small union trying to survive, you’ve got no chance in a global economy,” he said.

Burke said the UNITE contingent was here for a conference with USW officials in Pittsburgh and wanted to visit Local 1196 and the picket lines at the Harrison plant after hearing about the lockout from Arabia and Hill.

Also, they viewed the plaque on Outlook Street in Harrison marking the area where labor martyr Fannie Sellins was murdered by police while organizing coal miners in 1919. 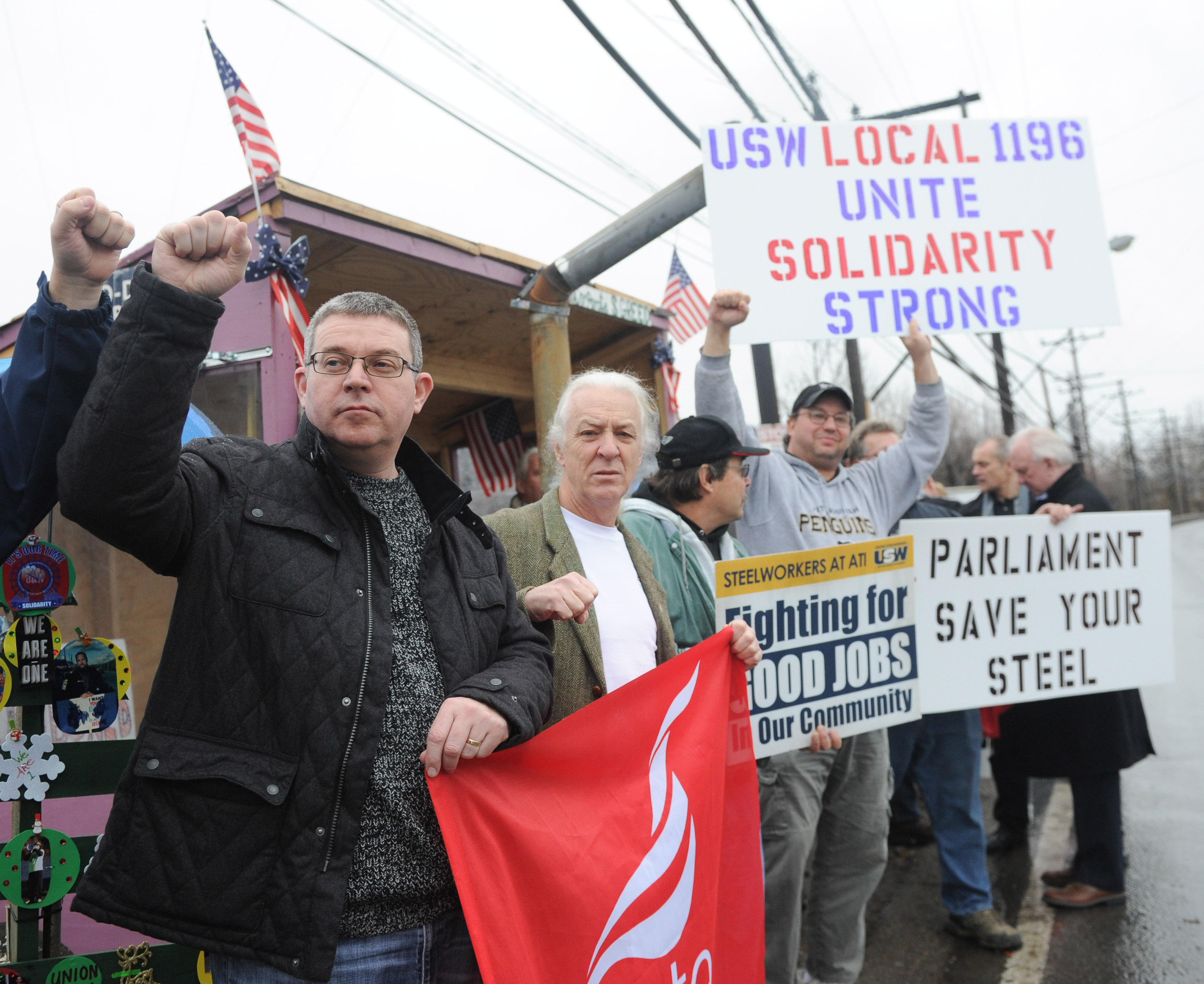 “They came to our facility because of the story we told them, and that’s why I was honored,” Arabia said. “They could have gone anywhere, but they came here.”

Burke said UNITE’s membership includes workers in 20 sectors of the economy with 450,000 in manufacturing, which includes the steel industry.

He said problems facing the steel industry in Britain and Ireland are directly related to steel dumping by Chinese companies, which also has adversely impacted U.S. steel companies and their workers.

“This Chinese steel is just undercutting everybody,” Burke said.

He said several companies have left or are leaving the industry. He mentioned the shuttering of the Sahaviriya Steel Industries UK (SSI) plant in Redcar, which eliminated 2,200 jobs. Burke said UNITE has been trying to get the British government to intervene in order to save such steel-making plants. 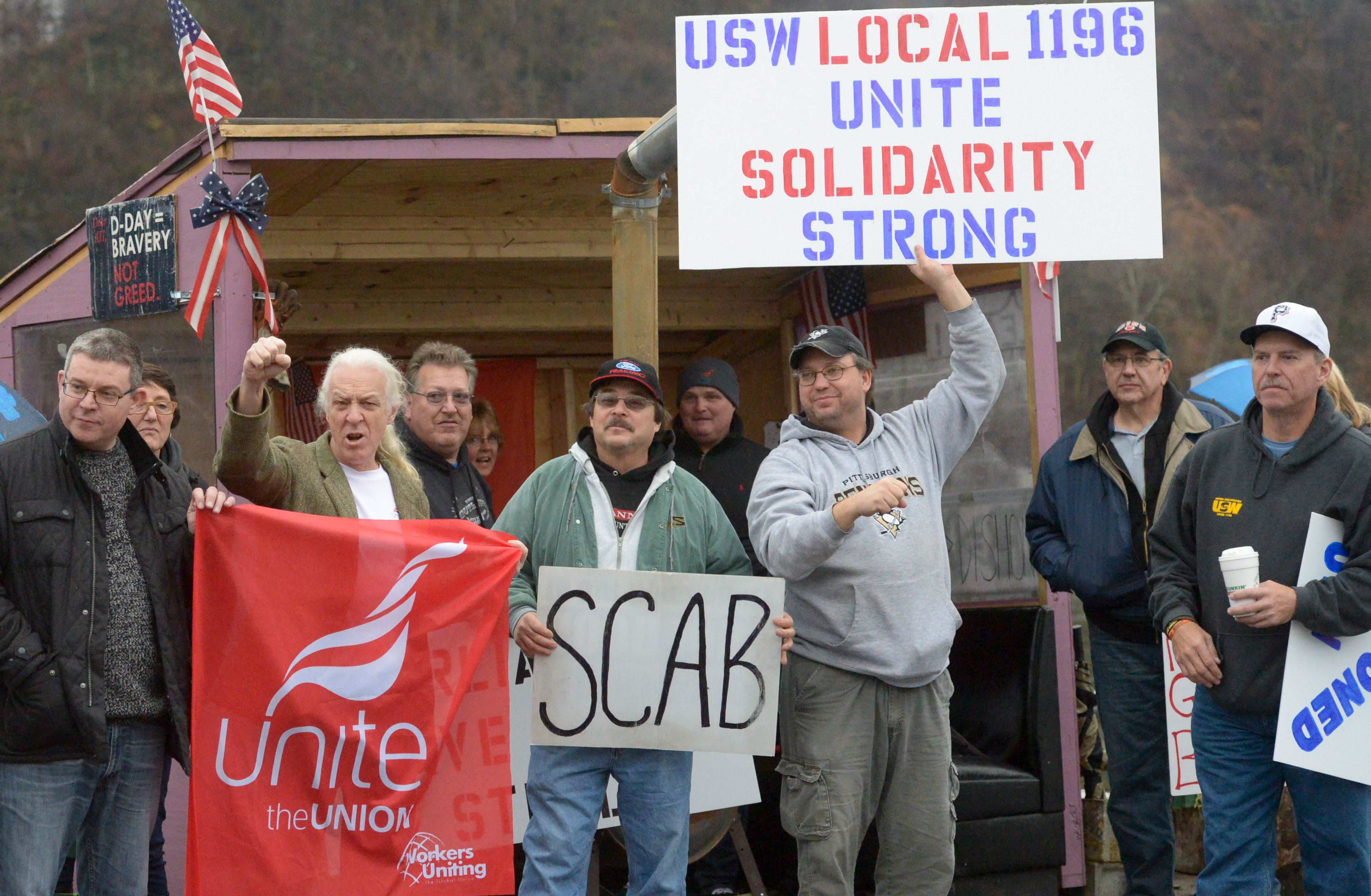 Also, he said UNITE and the USW have been actively opposing a proposal by the European Union to give China favored nation status.

That would eliminate tariffs on Chinese imports.

“If they are allowed to trade freely, without tariffs, they’ll destroy the European manufacturing economy,” Burke said.

He said the political situations in the four countries represented by Workers Uniting and how they are developing in regard to the steel industry was one of the topics discussed at the conference Monday.

Also, Burke said officials and members of Workers Uniting are networking via social media, sharing information and expertise on issues such as employment issues, steel issues and free trade.

The idea is to help generate pressure from both sides of the Atlantic Ocean on the American, British, Irish and Canadian governments in regard to those issues and others to get positive results.

Members of Local 1196 who mingled with their guests were appreciative of their support.

“It’s a hell of a nice gesture to see somebody come all the way across the pond and share our pain,” said Rich Fontana of Vandergrift.

Joe Lane of Allegheny Township said, “The solidarity and the support is great. They may not all be in the steel industry, but we are all in this together.”

“It’s good that they want to show their solidarity,” said Kirby DeCroo Jr. of Buffalo Township as he stood on a picket line outside the plant.

“I wish it made a difference with the company, but they don’t care,” he said.