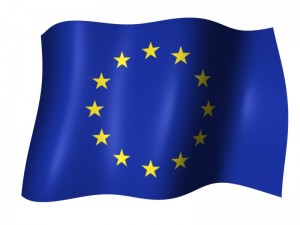 In Europe there are a dwindling group of countries whose economies are still growing; Germany the ‘strongest’ has growth of just 0.5%. More countries are in recession – Britain, Italy, Spain, Ireland, Portugal and Greece. The rest are stagnant. Across Europe as a whole there is zero growth.

Four years after the global recession hit Europe has not recovered; and indeed it is getting worse – the economics of austerity are failing. US President Obama has told Europe to promote growth or face a global crisis.

Across Europe there are attacks on and a weakening of employment rights and protections to try and make it easier to ‘hire an fire’ people in an attempt to weaken their resistance to austerity.

In Greece unemployment is 22% overall, but for 15-24 year olds there is an unemployment rate of 54%. Both figures are still growing.

Greece has seen the wholesale privatisation of sectors of its economy forced on it by the EU, and attacks on wages, benefits and employment rights. The OECD has recorded that real wages in Greece have fallen by 25% in just 2 years.

But the shock therapy that is being imposed on the Greek people is not working – because you can’t cut your way to economic growth the Greek economy has contracted by 20% since 2008. This is causing human misery and there has been a rapid rise in the fascist Golden Dawn in Greece as well as a growth in the left wing coalition Syriza.

When CLASS asked the British people who they held responsible for the crisis 50% said the banks, 22% said Brussels and just 4% said the Greek people.

Undermining of democracy
The peoples of Greece and Italy at the end of last year had governments that were effectively toppled by the actions of the ‘troika’; the European Central Bank, the EU and the IMF.

Ahead of the Greek election last week – itself a re-run – Europe’s political elite mobilised to tell the Greek people that their election was a referendum on their membership of the Euro. David Cameron told the Greek people that they should vote to “stand by their commitments” i.e. they were to vote for a government that would not try and resist and renegotiate the punishing austere terms of the ‘rescue package’ being imposed upon them.

The EU Stabilisation Pact, a Treaty that effectively limits the amount of spending a government can carry out, prompted even the Economist magazine to voice concerns about its undemocratic nature.

That is why Trade Unions across Europe have to defend employment rights and fight the attack, which is taking place on national collective bargaining across the European Union.

Employers and technocrats are rubbing their hands at the prospect of dismantling the European social model and decent employment rights.

That is why the European Trade Union movement must now be at the forefront of fighting austerity across the European Union and to defend decent employment rights, collective bargaining and the European social model.

Taken from a speech at the Unite Policy Conference June 25th at the USiLive Fringe meeting.