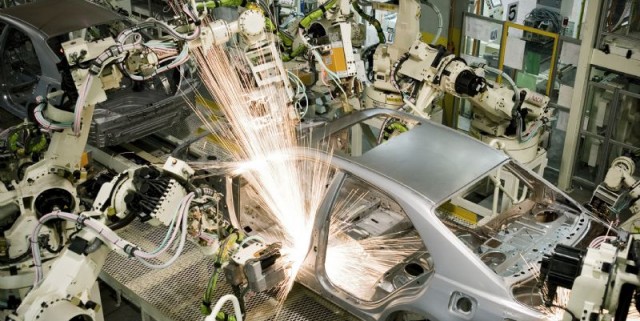 The Australian Manufacturing Workers’ Union (AMWU) says Toyota Australia’s handling of the sacking of 350 employees from its Altona production plant in Melbourne has set the relationship between the two organisations back decades.

“The process adopted by the company was just a disgrace,” Smith said. “You really can’t describe it in any other way.”

The sackings were completed with 80 to 100 workers from skilled trades, supervisory and technical areas at Altona notified of their fate at the start of their shift. Redundant employees will be paid out four weeks for each year of service at the Altona plant, up to a maximum of 90 weeks.

Toyota Australia announced in January it cutting 350 jobs from its 3350 strong assembly line workforce in Melbourne, blaming the decision on difficult market conditions and the high Australian dollar.

Smith said the process was far from dignified for the sacked employees. “It was basically line management tapping people on the shoulder, taking them down to their lockers, giving them a bag, having them escorted off the site by security guards,” he said.

“The guys there, a number of them just asked whether they could go back through the plant to say goodbye to people, and they were told, ‘Bugger off. It’s not happening. Get over the road.’ It was really just a horrible process.”

Smith said he was surprised and disappointed at Toyota Australia’s decision to employ “heavy-handed” security guards to escort sacked employees out of the facility.

“You can understand that some people will get upset about it being sacked but people don’t resort to violence, not in my experience,” he said.

“A lot of those workers that have been working for Toyota for a long period of time. It’s hardly what you deserve. To lose your job is bad enough but to be marched out by heavies, I just think it’s disgraceful.”

Smith said comments in the media from Toyota that the union had requested the security presence was “absolute nonsense”, and said AMWU vehicle division secretary Ian Jones called the company yesterday to “give them a real spray about it”.

Most of the workers were made compulsory redundant and the majority plan to appeal their redundancies through the Aussie tribunal system ‘Fair Work Australia’, according to the Australian Manufacturing Workers Union.

AMWU spokesman Ian Jones said the 100 workers given notice today were each ferried across the road in a mini-van to a reception centre, where they were handed a folder and told they no longer had a job.

“This is a primitive way to go about their business,” Mr Jones said.”To treat them like cattle. We think it’s an appalling way for the company to behave.”

AMWU spokesman Charlie Marmara said the sackings were a “clean-up” of union members. He said the performance criteria used by Toyota to fire workers did not make sense, citing the sacking of an employee of 27 years who had only ever had two days off.

“He was always at work, never came late,” he told ABC TV.

Assembly worker Sam Taddesse, who has worked at the plant for almost two decades, hit out at the company after being abruptly sacked yesterday. “I get tapped and am told to leave the place. They give you a bag for your things and there is security behind you the whole time,” he said.

“I’ve been working here for 18 years and we’ve all been treated like shit. I didn’t even get to say goodbye to my friends.” Mr Taddesse, who was also a safety officer, said his assessment found he had poor safety skills. “I’m a safety officer,” he said. “I’m leading. I’m an example for others and I was selected by the group because I am strict with safety. I’m going to dispute it.”

Those AMWU members who were sacked had to wait 13 weeks to learn their fate, with the plant’s 3350 workers assessed on their adherence to company values, how they dress, punctuality and safety record.

Many workers were simply tapped on the shoulder by security and were frogmarched out of the building when told of their terminated employment. Some didn’t even get a chance to say goodbye to their co-workers, despite years of service at the company.

AMWU vehicle division assistant federal secretary Dave Smith said the selection criteria for those who lost their jobs was a sham for singling people out.

“That’s their criteria. If they don’t like you, they’re getting rid of you,” Mr Smith said yesterday.

Smith said many sacked workers were at a loss to understand why they were made redundant, and said there were a number of “discrepancies” in the process.

“Despite the criteria and what people were supposed to be selected against, Toyota Australia management just made up their mind who they wanted out of the plant. It didn’t matter whether you’d been there one week or 27 years, you were going.” 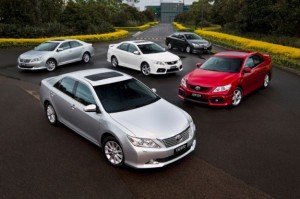 Toyota said: “The selection criteria looked at a range of factors including behaviour, skills and knowledge,” she said. “No one was targeted. Everyone was assessed using that exact same criteria.”

But Smith said 168 workers indicated they would be happy to be made redundant in the lead-up to this week’s sackings, although so far less than half of those have been made redundant, meaning a number of workers who were happy to leave have kept their jobs, while many who wanted to stay have been forced to leave.

Smith said it would be difficult for the AMWU to move from the sackings, insisting the relationship between his organisation and Toyota Australia had been “soured no end”.

“Ian Jones was quoted as saying it’s been put back two decades and I think that that’s about right to be quite honest,” Smith said. “I’m sure that when the workforce or any of the union delegates out there are asked to cooperate with anything I don’t think it’s going to be forthcoming in a hurry.”

“One of the consequences of a bad relationship will be whatever it is they want, whether it be change or whatever, it will be opposed most of the way because people will just not want to cooperate with them.”

Toyota said it would “continue to have an open dialogue with the union in the future and go from there”, but admitted the fractured relationship was regrettable.

“It has been a difficult week for Toyota,” the company said.