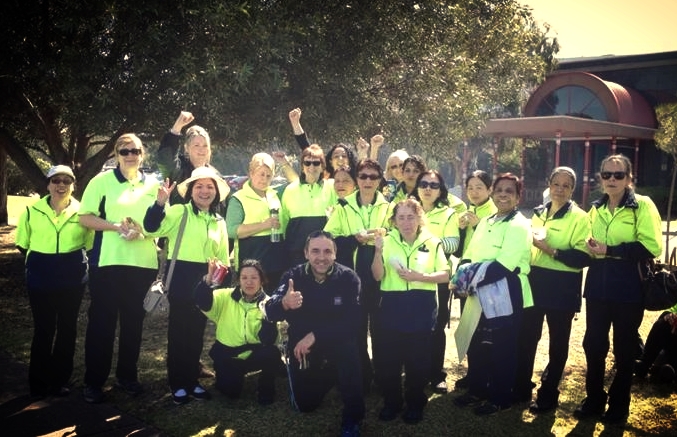 Aussie Packaging printer Colorpak have backed down in the face of a determined industrial campaign and agreed to a peace deal with the Australian Manufacturing Workers Union who were aided by comrades from the company’s New Zealand operations.

Anxious management compromised last week when faced with a 24-hour strike which would be replicated across the Tasman and cost the firm millions of dollars.

The company agreed to a new 12-month union agreement covering its main site at Braeside in  Melbourne, which delivers improvements including permanency after six months for casual and labour hire employees.

It also includes a legal deed giving extra security to union members in administration, genuine union consultation over workplace change plus a $295 tax-free bonus for every worker when the agreement is signed.

The one-year deal was initially endorsed by shop floor meetings, with the 240 AMWU members set for a formal vote next week.

It was a dramatic change of attitude from Colorpak, which had aggressively targeted union members with letters to their homes after stoppages in October and wrongly claimed in the national media to have finalized industrial matters months ago.

AMWU delegate Iain Eld (a former Unite activist and FOC in the UK) said the bridging deal was a solid base for pursuing a national agreement including real-value wage rises in 2015, to bring Colorpak’s Sydney site under a single agreement with Melbourne.

“The management were extremely agitated at the prospect of our members stepping up protected action to the 24-hour stoppage, with our comrades in New Zealand pledging action in support,” he said.

“Power and collective strength have shown you can push what appears to be an unmovable employer into a reasonable position.”

The management agreed to three final union claims to have the planned actions cancelled.

AMWU National secretary (Print) Lorraine Cassin said the determination of members had forced the company to understand it could not intimidate them.

“Our members stood up to Colorpak, they took strength from one another to persist until they won the respect and proper consideration they deserve,” she sad.

Ms Cassin said the AMWU would be lending its support to NZ members of its sister union, which is yet to finalise its agreement with Colorpak.