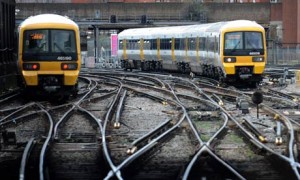 Another industrial action ballot has been scrapped by the High Court due to a “minor error”.

A 24-hour strike by drivers on London Midland train routes planned for Thursday this week was been suspended following an injunction by the High Court which upheld the service operator’s claims of irregularities in the strike ballot held by members of the train drivers union Aslef who had called the 23rd December strike over a pay and conditions row.

London Midland obtained the injunction claiming there were “irregularities in the strike ballot”. The union said the issues involved just three ballot papers.

Keith Norman the General Secretary of Aslef said: “I am desperately disappointed. My private opinion of the legal system is best not quoted.”

Aslef said it had been trying for three years to “harmonise the conditions” of 600 drivers from two firms – Central Trains and Silverlink – which merged to form London Midland.

The train company said former Central Trains drivers were being paid £1,200 more than their ex-Silverlink colleagues.

This latest case in one in a long list of industrial action ballots carried out in compliance with legal requirements but scrapped by the High Court because of minor errors. These include Unite disputes with BA, First South Yorkshire Busses, Metrobus and RMT Signal workers.

John McDonnell MP highlighted these issues in his Lawful Industrial Action (Minor Errors) Private Members Bill on 22nd October 2010. Sadly, and disgracefully only 89 MPs – 84 Labour – turned up to vote to give the Bill a second reading in the House Of Commons, despite the Bill’s support by the TUC, individual unions and TULO – the link organisation between the Labour Party and its affiliated unions.