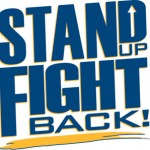 US unions are mobilising against right wing Republicans and corporations like never before, writes Unite Assistant General Secretary, Tony Burke

The labour movement in the USA is facing an unprecedented attack by a coalition of politicians and corporations, who, driven by extreme right wing ideology and sheer greed, are mounting an all out attempt to wipe out organised labour.

I recently attended the United Steelworkers convention and their theme was ‘Stand Up – Fight Back’ – and that is exactly what they are doing – with a little help from their friends.

The Steelworkers are one of the most effective unions in the USA and Canada (and part of the global union Workers Uniting with Unite).

They have a formidable political machine and industrially they have won two twelve month long industrial disputes – at Vale Inco in Sudbury, Canada and at Honeywell in Metropolis, Illinois. The Steelworkers readily admit that that the support of the global trade union movement was crucial for them.

Unions across the world mobilised against the Brazilian mining giant Vale Inco and in the case of Honeywell pressure was brought to bear on the company via the European Works Council to settle a thirteen month lock out at Honeywell’s uranium processing facility. In both cases union members went back to work holding onto their working conditions, health care and pensions in the face of vicious attacks by their employer.

At BMW’s parts centre in Ontario, California, the German car giant told its long standing workforce they would automatically lose their jobs at the end of August and be replaced by ‘outsourced labour’. Members of the Teamsters union began demonstrating at BMW car showrooms and enlisted the help of BMW’s European Works Council and Unite, who put pressure on the company in Europe to get into discussions with the union. The August deadline was lifted and a six month period for negotiations was agreed.

Unions also faced a recent attempt to break their organisation at the communications giant Verizon, where 45,000 members of the Communications Workers of America and the International Brotherhood of Electrical Workers went on strike. Verizon, with breath-taking greed, demanded $1 billion in concessions from its workforce – amounting to a salary and benefits cut of $20,000 per worker.

Verizon made $19 billion profit in the past four years and recently reported a 2.8 per cent rise in revenue to $27.5 billion (£16.8bn) in the second quarter, which the company says is from its wireless division.

The company tabled over 100 proposed changes to working agreements and strikers began picketing Verizon outlets, resulting in store workers joining the CWA and Verizon’s network being severely disrupted. Following two weeks of solid strike action Verizon agreed to return to the bargaining table and negotiate with the unions. Verizon, BMW and Honeywell workers are people the US labour movement describes ‘middle class’ – workers who enjoyed decent living standards, health care and a growing expectation that they would be better off than their parents generation.

Following the attack on unions in Wisconsin earlier this year, in which the right wing governor Scott Walker – who is financed by multi-billionaire industrialists, the Koch Brothers – attempted to strip public service unions of their collective bargaining rights, unions and Democrats are to press a recall vote against Walker in early 2012. They see this as a fight they cannot afford to lose.

In other US States, such as Ohio, where Republican governor John Kasich has also curbed collective bargaining rights, unions are fighting back and are gearing up for a fight.

But the Republicans at national and state level are backed a poisonous mix of corporate billionaires, the extreme religious right and the downright cranky ‘Tea Baggers’ who have seized control the Republican agenda. This unholy alliance is fighting elections almost street by street to win control of the political machinery whenever there is a chance.

CEOs and their corporations are pumping billions of dollars into winning political control to drive the right wing agenda forward and to promote the interests of Wall Street and to wipe out unionisation if they can.

President Obama is under more pressure than ever to come out openly and fully support US unions in their fight back. He delivered a decidely pro-union speech on a September Labour Day rally in Detroit: “If you want to know who helped lay these cornerstones of an American middle class you just have to look for the union label. That’s the bedrock this country is built on. Hard work. Responsibility. Sacrifice. Looking out for one another. Giving everybody a shot, everybody a chance to share in America’s prosperity, from the factory floor to the boardroom. That’s what unions are all about.”

Obama needs unions like the Steelworkers who are America’s manufacturing union and have a massive volunteer campaigning machine. But unions need Obama too, to hold back the tide of the big multi-national corporations which will be supporting – and financing – the array of cranks currently lining up for the Republican presidential nomination.

Some Steelworkers at the Convention said that they were dismayed by Obama’s recent record, but as one delegate said: ‘the thought of waking up the day after the presidential election with Rick Perry, Mitt Romney, Sarah Palin or Michelle Bachmann in office fills the labour movement with total horror’. It should do – and it should do for the left in the UK.

That is why US unions are mobilising and fighting back against right wing Republicans and corporations like never before and when they ask for our help we should ensure we deliver.