A new strategy to help save UK manufacturing 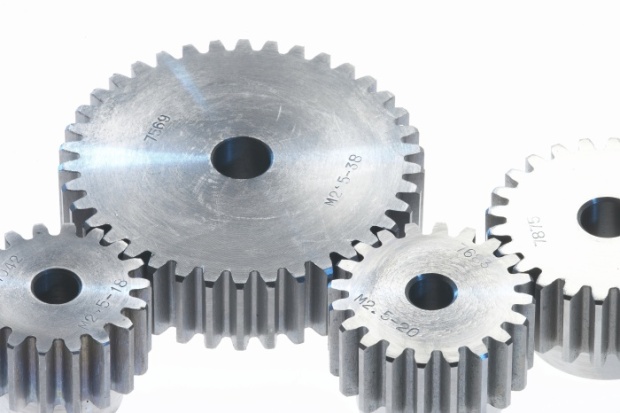 Unite has launched a new strategy to help save UK manufacturing called ’2020 Vision – Unite Strategy For Manufacturing’, the policy argues a powerful case on how to revive and rebuild the UK’s manufacturing sector over the remainder of the decade. The strategy highlights the importance for the UK economy to have a robust and skilled manufacturing base – one that will provide the foundation for the Labour party to build an interventionist strategy on which to fight any future election.

Let us not forget that in 2009, New Labour was brought shuddering to its senses by the financial crash and quickly set about establishing a belated interventionist strategy – introducing among other things the car scrappage scheme; driving the Regional Development Agencies to win new overseas investment; and help with ‘soft loans’ to strategically important companies such as Sheffield Forgemasters.

The coalition leadership is doing more damage to UK manufacturing than any previous Conservative government. They have no plan to revive manufacturing, no idea on how to re-balance the economy and promote manufacturing.

Indeed they scrapped the RDAs and the Forgemasters loan; stood back and watched Bombardier, our last trainmakers, lose the Thameslink contract to Germany; and are putting skilled jobs at risk through defence procurment decisions that leave 3,500 BAe Systems jobs at risk.

The UK has some fantastic manufacturing companies with highly skilled and dedicated world-class workforces, but George Osborne’s savage austerity measures are crippling consumer demand meaning we are in no fit shape now to weather the global economic storm or a double dip recession – all this against the background of the UK being the seventh largest manufacturer in the world with a contribution of £140 billion a year to the economy.

Manufacturing contributes 55% of all exports and 74% of business research and development in the UK is undertaken by manufacturing companies. All this is being put at risk by the lack of a clear interventionist policy. The only answer the coalition has is to attack employment rights – with Nick Clegg and Vince Cable enlisted once again to do the dirty work.

They are re-heating failed 1980s-style solutions to “job creation”. Few jobs, if any, will be created by 1980s-esque Enterprise Zones or rehashed YTS schemes for unemployed young people – forcing them into eight-week long, dead-end jobs.

Not one single job will be created by making workers have to work two years before they can qualify not to be unfairly dismissed and jobs won’t be created by the proposal for employers to be able to have a “protected conversion” with a worker about their futures – the “fit in or f**k off” culture.

What Unite is offering is a comprehensive plan which we believe Labour should begin to adopt.

• Building a framework of policies to defend strategically important industries such as Bombardier and BAe Systems;

• Targeted support for SMEs to help them invest and grow – unlike know where they are being starved of cash by uncaring banks;

• Delivery of a new skills and education framework to meet industry needs to avoid skills shortages;

• A level playing field to deliver fair pricing for energy and legislation that promotes transparency and support for all stakeholders in manufacturing including the workforce.

Thess policies form the basis of a plan to revive manufacturing. Unlike the over-reliance that created wealth for a small elite, manufacturing creates wider employment and generates wealth to the 99% not just the elite.

Labour must learn the harsh lessons of its own over-reliance on the financial and service sector – it needs to begin to develop an interventionist manufacturing strategy that working people will support and vote for.

• Osborne has put Britain in an economic death spiral: Here’s how to break out – William Bain MP, November 14th 2011

• UK growth down as IMF warn deficit reduction should not be at the expense of growth –Shamik Das, October 5th 2011