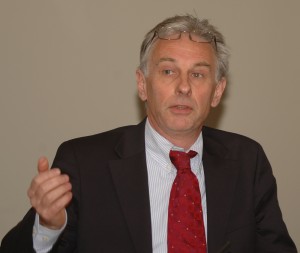 Published in the Morning Star on Tuesday 28 June 2011

The recent reinstatement of Eamonn Lynch and now Arwyn Thomas by London Underground is a complete vindication of RMT’s decision to take industrial action in their support.

It also exposes the adventurism of those Tories – from the mayor’s office to the Westminster backbenches – who used the RMT strike as an excuse for further legal restrictions on the right to strike.

One of the first duties of any trade union is to protect its lay officials from perceived victimisation, dismissal and the loss of their livelihood.

Shop stewards and branch officials have a tough job, usually in difficult circumstances.

They face hostility and discrimination for standing up for their members.

In Lynch’s case, he faced a manager whose reported “dissembling” led the employment tribunal to denounce her as “an unsatisfactory witness.”

Another was reportedly condemned for being “too anxious to exculpate his colleagues from blame.”

In recognising the vulnerability of shop stewards and branch officials, an international treaty, the Workers’ Representatives Convention of 1971, provides that workers’ representatives in the enterprise “shall enjoy effective protection against any act prejudicial to them, including dismissal.”

Unlike some countries where shop stewards and others are properly protected, in this country we fail to comply adequately with this obligation.

It is not good enough for a worker claiming trade union discrimination to be sacked with a right to sue after the event.

There should be no dismissal until the tribunal has spoken.

If the coalition wants to stop strikes arising from the alleged victimisation of union officials, there is an easy solution, which is simply to comply more fully with international obligations, which were ratified in 1973 by a previous Tory administration.

But they have no interest in such measures. Responding to tomorrow’s strikes by PCS and the teaching unions, the talk now is about swingeing restrictions on the freedom to strike, with proposals now being widely discussed by ministers to ban strikes that do not have the voted support of 40 per cent or 50 per cent of those eligible to vote in a ballot.

Having just returned from a conference organised by Italian union CGIL, I now realise where this idea comes from.

This is the kind of law that has been operating in Bulgaria since 1990 and which on June 10 was re-enacted in Romania, where it has also operated for some time.

It goes without saying that Bulgaria and Romania are among the most impoverished countries in the EU, and among those with the lowest labour standards.

But what an insight this provides into the ambitions of the new Tories, all the more so as such a ban is likely to lead us into conflict with another treaty by which we are bound.

The treaty in question is the Freedom of Association Convention of 1948. In 1999, the ILO Committee of Experts (the jurists responsible for supervising compliance with the treaty) rejected Bulgaria’s claim that its threshold was “liberal in character” and that “any attempt to amend it may infringe its democratic approach.”

According to the jurists, “account should only be taken of the votes cast,” while any “required quorum and majority should be fixed at a reasonable level.” Consequently, the government was urged to change the law “in order to bring it into closer conformity with the principles of freedom of association.”

Surprisingly, the Lib Dems have an honourable tradition of protecting trade union freedom, and indeed it was the Liberal government of 1906 that reversed the notorious Taff Vale decision and removed other legal restraints on the freedom to strike.

The question for the Lib Dems now is whether they have enough courage to continue with this tradition of radical liberalism, so they can disassociate themselves from the growing extremist clamour for more anti-union legislation.

Unless resisted, that legislation will take this country into a renewed collision with international law and – as suggested by Mary Bousted – the European Convention on Human Rights.