MAY DAY MESSAGES: Harriet Harman – Government must rethink cuts to the ILO 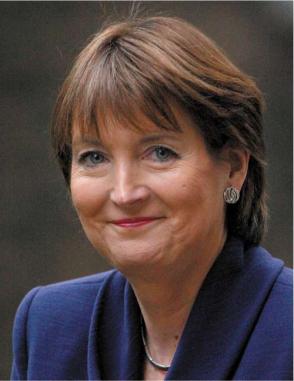 On International Workers Day, Harriet Harman MP, Shadow Secretary of State for International Development writes “Why the Government are wrong to cut funding to the International Labour Organisation.”

In March, the Tory-led Government published its review of the UK’s aid programme. In that review they announced their decision to end direct funding from the Department for International Development to the International Labour Organisation (ILO). That is in direct contrast to those countries, including Australia and the United States, who have recently increased their support for the ILO.

The UK was a founding member of the ILO in 1919. Its primary goal is to promote opportunities for women and men to obtain decent and productive employment.

Work is the best route out of poverty, as Andrew Mitchell, the International Development Secretary, has himself acknowledged on many occasions. The recent protects in Tunisia and Egypt show that around the world people are crying out for the opportunity to work as well as for democratic freedoms. Cutting funding for the ILO risks undermining the jobs and growth which are vital to tackling global poverty and which are essential in the wake of the global financial crisis.

The Tory-Lib Dem Government claims that the ILO only has a limited impact. But programmes to stop child labour and get children into school, to help women entrepreneurs and support youth employment are important development work.

The International Development Secretary has himself acknowledged that DFID funding to the ILO has helped tackle forced labour and human trafficking. The ILO International Programme for the Eradication of Child Labour has rescued millions of children from forced labour and the organisation has provided vital support for women to access business opportunities in Africa and Asia. Its work on HIV prevention has reached an estimated 1.5 million workers. That is an important investment.

The Tory – Lib Dem Government has also ignored the ILO’s vital and unique in setting the laws and standards needed to create the right employment conditions for sustainable development. For example, the ILO is currently negotiating a new convention on domestic workers which will protect some of the world’s most vulnerable workers and advance efforts to prevent human trafficking, forced labour and child labour.

The ILO is the only UN organisation that involves not only governments but employers and workers in its decision making process. Putting development in the hands of people on the ground rather than imposing it from above is the right approach to development and that should be recognised and supported by the UK Government.

The Tory-Lib Dem Government claimed that the ILO represents”poor value for money”. While we support efforts to ensure value for money, continuing the precedent Labour set in government, the Government must be careful that the criteria they use to judge “value for money” does not exclude important long-term development efforts such as the ILO’s work in setting standards and promoting decent work. The ILO’s work may be harder to quantify than counting vaccines delivered and roads built but is nonetheless important.

There is a need to push for further reform at the ILO. Substantial improvement has already been achieved, as an external review carried out in 2010 found. Instead of just pulling the plug, Andrew Mitchell should be engaging with the ILO to ensure it delivers its work as effectively as possible.

With their decision to axe DFID funding to the ILO, the Government are sending a worrying signal about the direction in which they are taking the UK’s development policy. The rights based approach which is so essential to effectively fight global poverty must not be brushed aside. International development is not about charity and philanthropy; it is about rights and justice.

Today is May Day – International Workers Day. The Government should take the opportunity to rethink and reinstate vital support for workers around the world.