The Battle Of Grangemouth by Mark Lyon 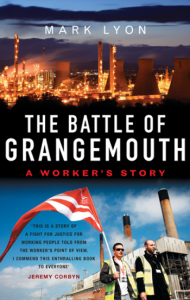 ‘The Battle Of Grangemouth – A Workers Story’ by Mark Lyon

This book tells the story of the industrial dispute at Grangemouth in 2013, when the owner threatened to close a large part of the complex unless the workforce accepted severe cuts to their wages and conditions.

The events at Grangemouth represented, in very acute form, the disaster of contemporary approaches to running the economy. What was once a publicly owned and well-run national asset has been allowed to fall into the hands of a company controlled by one man – Jim Ratcliffe – who thus has been able to exert immense power over the future of a vital national resource.

Ratcliffe conducted a relentless campaign against the union at the site, with the intention of removing its main organisers, partly through exploiting the row in Falkirk Labour Party over candidate selection. Through these endeavours he succeeded in inflicting considerable hardship on a large number of people, but he did not destroy the strong union organisation at Grangemouth, which remains committed to defending the workforce and local community from his depredations. 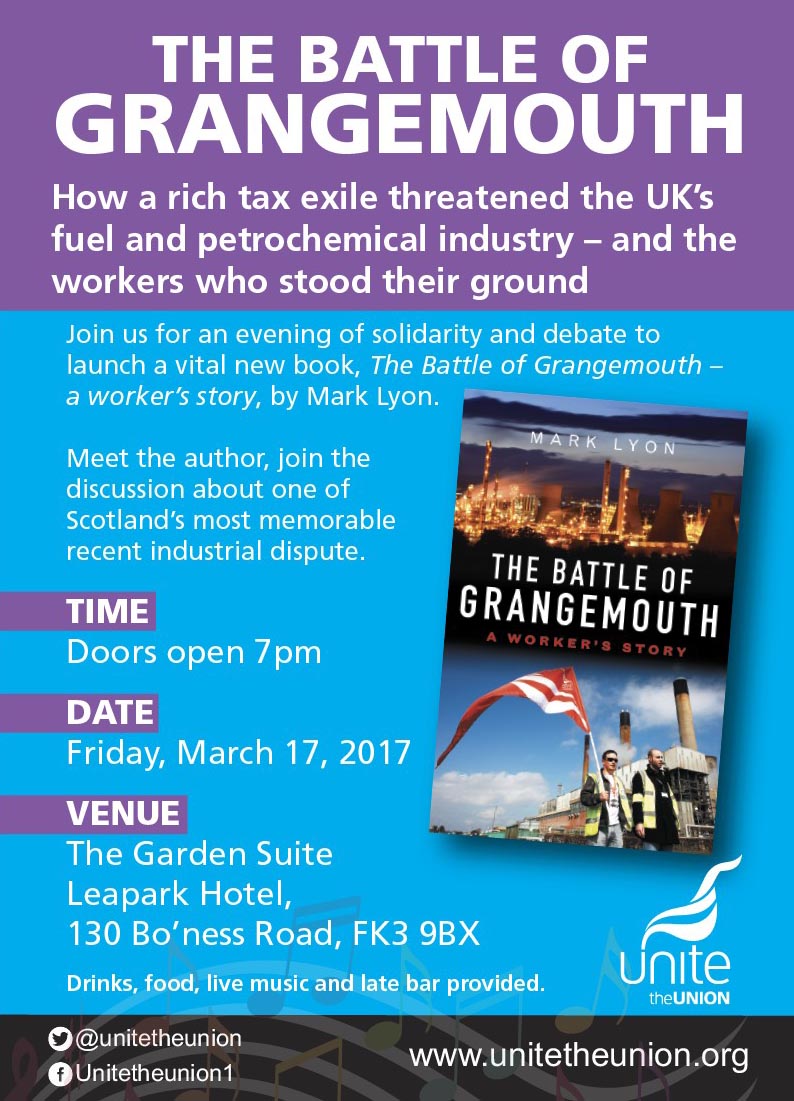