Updated: 125,000 Take Part In Brussels Demo In Lead Up To General Strike. 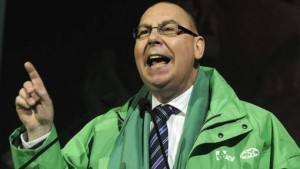 Ahead of a General Strike called for December 15th, 125,000 workers and their supporters took to the streets of Brussels today (November 6th) to demonstrate against austerity policies being imposed by the Belgium government.

The police estimated the march as being 120,000 but Belgium trade unionists communicating on social mead and with this blog put the figure at 125,000. 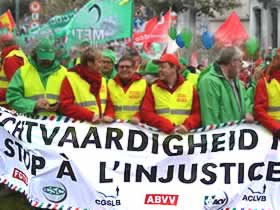 The demonstration brought the centre of Brussels to a stand still and Belgium’s unions predicted a solid response will be forthcoming from unions for the General Strike.

Police were highly visible and turned water cannon on protestors as well as using tear gas. 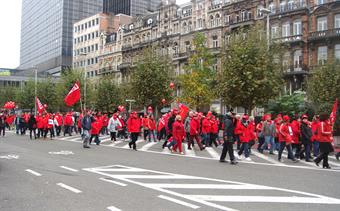 The protest starts a month long campaign against Belgium’s right wing coalition, which wants to extend the pension age from 65 to 67, cut wages and public services.

Demonstrations will occur each week until the General Strike.