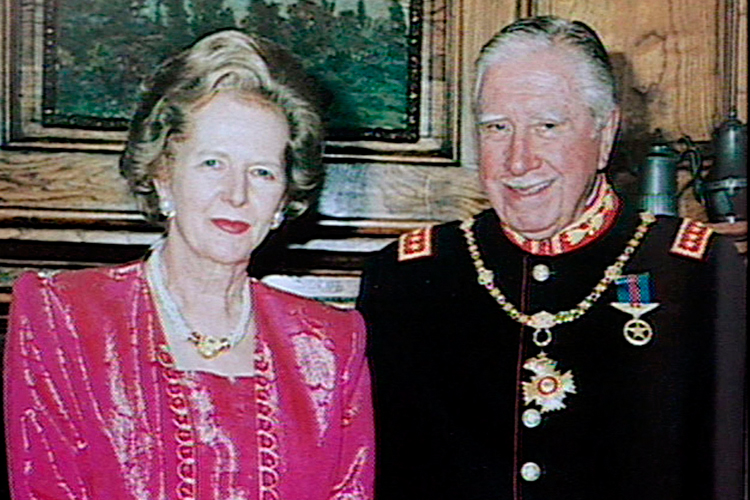 FILE FOOTAGE MAR94 – Lady Margaret Thatcher and former leader Gen. Augusto Pinochet are seen in this file footage taken in March, 1994, during a private meeting in Santiago. Pinochet was arrested in London October 17 while on a visit to Great Britain for medical treatment and is being held under armed guard at The Clinic in London following an appeal for his extradition to Spain to face charges of genocide and torture. Lady Thatcher said that the former leader “must be allowed to return to his own country forthwith” and that “he did so much to save British lives” during the 1982 Falklands War when Chile supported Britain in its conflict with Argentina.

2 Responses to FILE FOOTAGE OF MARGARET THATCHER AND AUGUSTO PINOCHET.